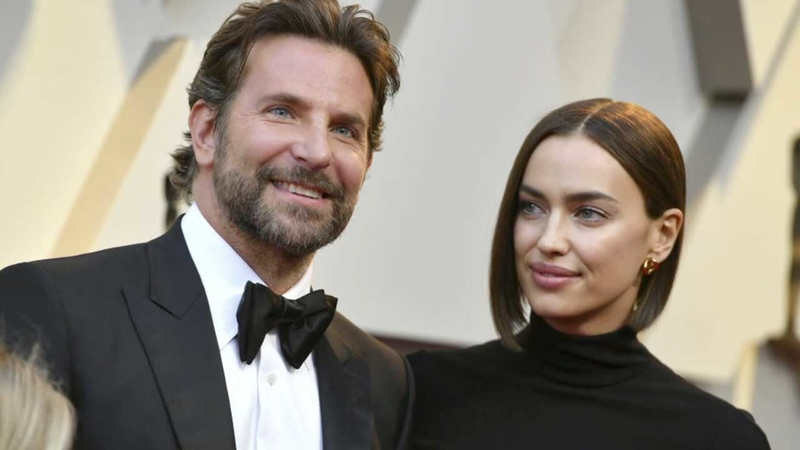 Bradley Cooper is single, according to a new report.

People reports that Cooper and his girlfriend, supermodel Irina Shayk, have decided to split up.

The two had been together for four years. They have a young daughter, and the magazine reports that the pair are amicably trying to work out how to share custody.

The report comes months after a deluge of speculation on the internet about the relationship between Cooper and his on-screen romance, Lady Gaga. Both were nominated for Oscars for their impassioned performances as a rising star and her famous lover in 2018's "A Star Is Born." Though neither won the acting Oscar, Gaga took home Best Original Song as the co-writer of the film's breakout megahit, "Shallow."

The rumors became pervasive around the Oscars. Just days before the awards show, Gaga's rep confirmed that she and fiance Christian Carino had split up.

Then during the show, Cooper and Gaga gave an impassioned performance of "Shallow" that became perhaps the most talked-about moment of the night. As in the film, the chemistry between the two artists was undeniable, sparking rumors of a real-life romance.

Appearing on "Jimmy Kimmel Live!" days later, Gaga reacted with an eye roll, insisting that the performance was just that: a performance.

"People saw love. And guess what? That's what we wanted you to see," she said, adding later, "I'm an artist. I guess we did a good job. Fooled ya!"

During the interview, Gaga called social media the "toilet of the internet."

Despite this, social media users were quick to weigh in about what they think will happen after the news about Cooper.

Bradley and Lady Gaga shippers waiting to see them together like pic.twitter.com/I9l2nUNKlq

News: Bradley Cooper and Irina Shayk have broken up

Anybody who watched the Oscars: pic.twitter.com/AzWfhFbE5l