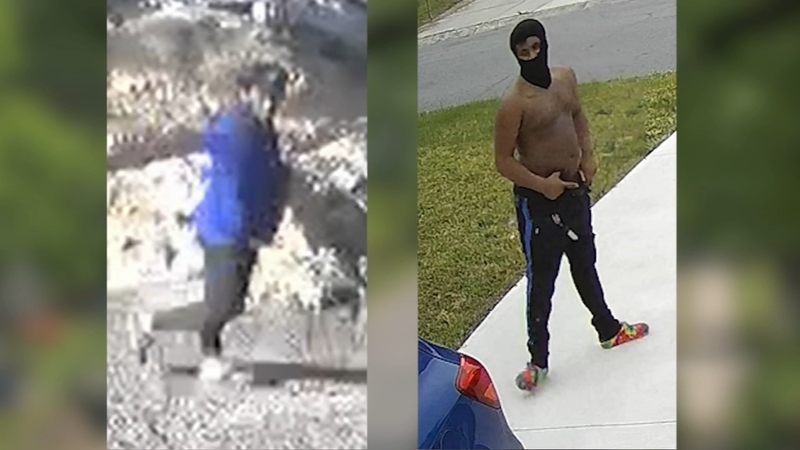 Police looking for suspect in string of Braggtown armed robberies

DURHAM, N.C. (WTVD) -- Durham Police are looking for one man who they said they believe is behind a string of armed robberies in and around the Braggtown community.

Most of the victims were Hispanic and police said the suspect approached them with a gun, demanding money.

Investigators are not investigating any of the incidents as hate crimes, a Durham Police spokesperson told ABC11.

In one of the photos that police released of the suspect, he is seen shirtless, wearing a black mask and appears to be holding a gun.

Police said the suspect was often reported wearing a hoodie that was black, blue, or a combination of both.

Officers said the suspect assaulted one woman after she moved a bicycle out of the road that was believed to have belonged to him.