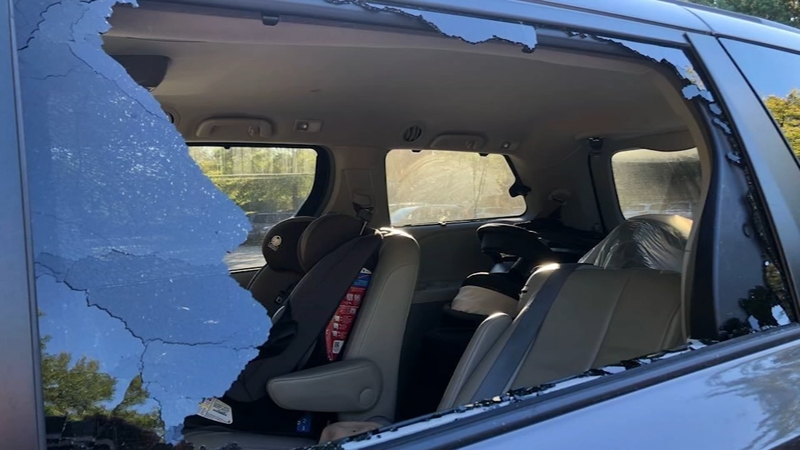 Rash of car break-ins in Cary

CARY, N.C. (WTVD) -- It appears a theft ring may have struck in Cary again.

But if the car break-ins Wednesday were done by the Felony Lane Gang they will strike again almost anywhere in the state.

For years the gang has been known to travel up and down the southeast coast.

"Apparently they sit in the parking lot and they observe people going in and out especially if they see ladies going in the gym without purses they expect that probably they've left their purse in the car," Resa Cross told ABC11 the day after her car window was smashed.

Cross says that's what Cary police told her when they responded to not only her break-in but also another car parked at the Bond Park Community Center.

Cross says she was inside exercising and locked her car and removed all her valuables.

But she left a black bag that looks like a purse in plain view.
She said the thieves went through the bag but it contained only snack food.

"Fortunately at least for us we didn't have any identity taken or any credit cards or valuables but certainly have been left with a mess and lesson," she said by phone.

Although the Felony Lane Gang has struck here before Cross realized they could hit anywhere at any time and she wanted people to know.

So Cross posted about the crime on the Nextdoor app, "I just wanted to alert sort of everyone in the area that they need to be very careful about what they leave within view."

Police have an adage when advising citizens about car safety and security, it's "Lock, take, and hide."

Cross now knows the "hide" part is as important as the "lock and take."

"It certainly will change my actions for the future," she said.