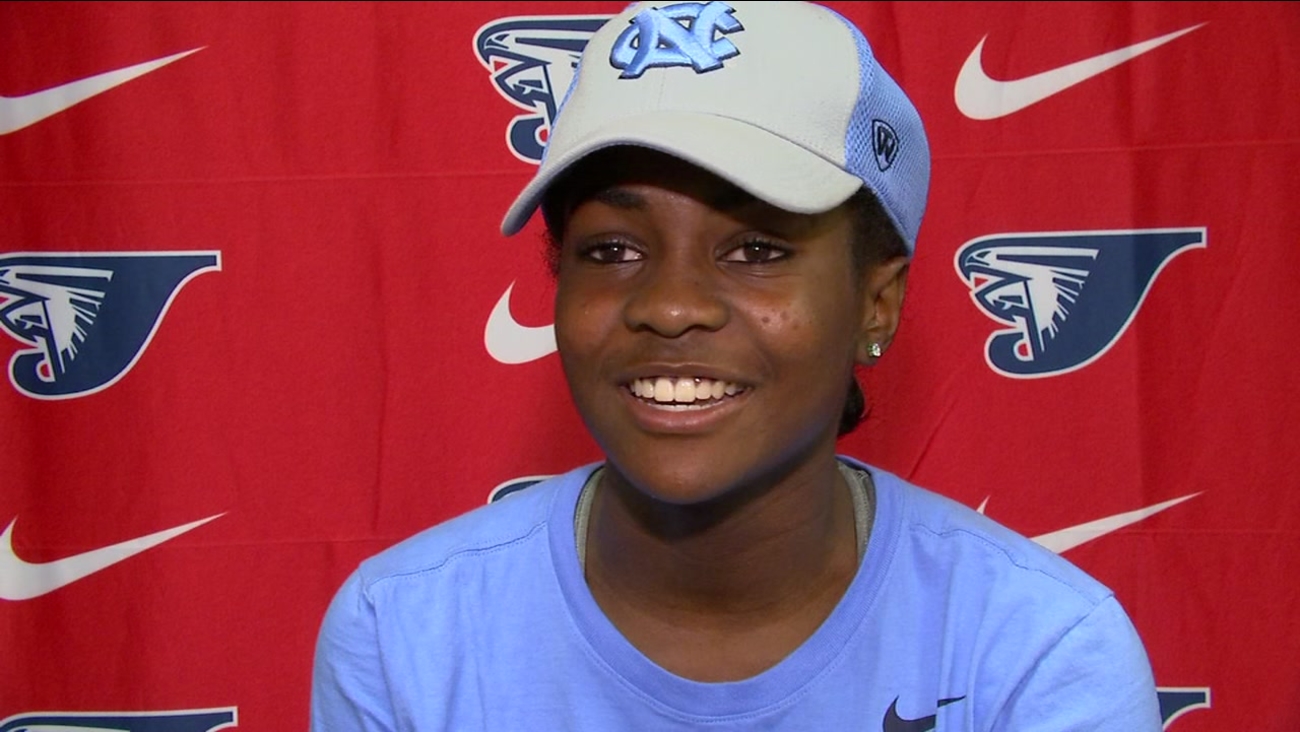 As accomplished as she already is on the soccer pitch, Brianna Pinto still has plenty of room left before she realizes her full footballing potential (as they'd say across the pond). Just 17, Pinto is well into the bloodstream of the full Women's National Team, having been called into training and competition on multiple occasions.

Wednesday though, it was time to be a teen. The Jordan High School phenom followed through on her previous verbal commitment and officially signed to play for Anson Dorrance at North Carolina.

Pinto is scheduled to arrive on campus in Chapel Hill in the fall of 2018. There's a hitch though - her first plan of action is to crack the national team and earn a contract. She'll graduate early from Jordan, in January, and begin an intense training regimen with that goal in mind.

There's a chance then that Pinto won't even make it to North Carolina next year. If the country's top soccer decision-makers think she's good enough, Brianna will be forced into a decision.

In the meantime though, she's counting on making a major impact for the Tar Heels from the jump. The young woman is not afraid to call her shot. Like - promising a National Championship shot. Here's what she told us today: