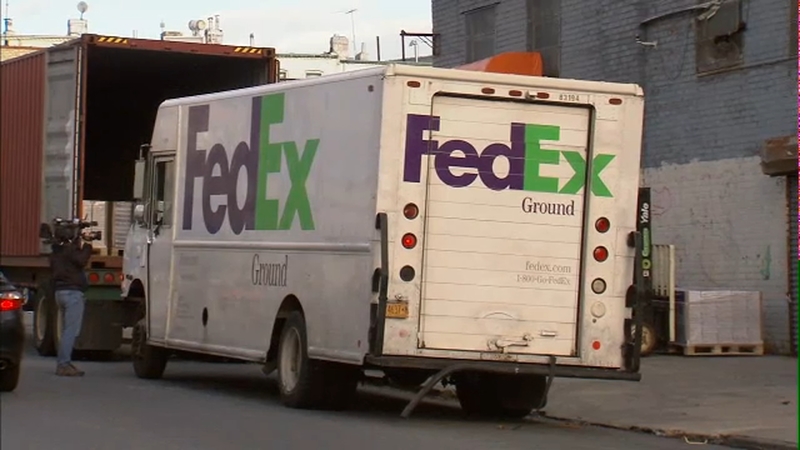 SUNSET PARK, Brooklyn -- Police are investigating after a melee broke out when a FedEx truck driver allegedly tried to drive through a crowd as a funeral was getting out of a Brooklyn mosque.

A witness at the Beit El-Maqdis Islamic Center on 6th Avenue said that at 12:30 p.m. on Monday, the driver got frustrated by the crowd of about 70 to 100 mourners.

Due to the crowd, traffic wasn't moving and some are describing what happened as a case of road rage.

"Traffic wasn't moving and I guess they tried to force a path, and in doing so I guess the truck maybe didn't see the congregant and they hit him," witness Naim Jawad of the Islamic Center said.

Police are investigating after a melee ensued when a FedEx truck driver allegedly tried to drive through a crowd as a funeral was getting out of a Brooklyn mosque.

The pedestrian who was hit suffered minor injuries. Other people reportedly tried to stop the FedEx truck from leaving and that is when the situation escalated.

Three people, including two FedEx employees and a helper, then went to the back of the truck and locked the doors. Witnesses say they later emerged swinging sticks, a fire extinguisher and possibly even a box cutter.

A board member at the mosque says the helper then ran away. The two FedEx workers were taken into custody, as well as the nephew of the man whose funeral was happening at the mosque.

They were taken to area hospitals with minor injuries.