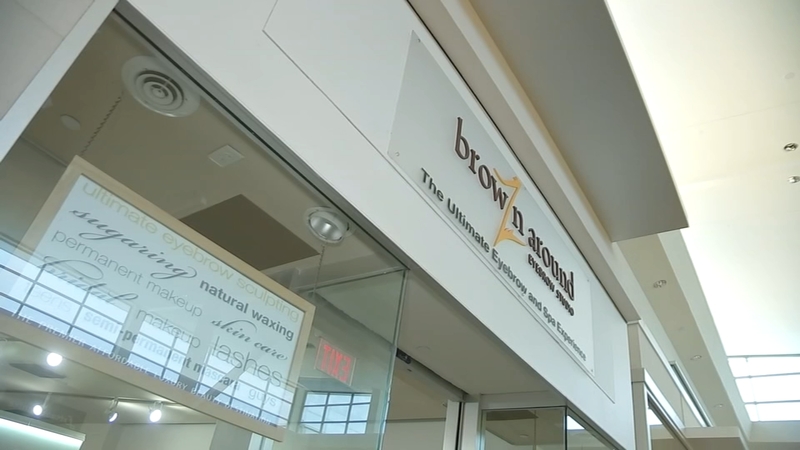 RALEIGH, N.C. (WTVD) -- When Stephanie Williams opened the BrowZnAround Studio in Triangle Town Center mall a decade ago, she quickly learned a large number of her clients would be cancer patients who had undergone chemotherapy and others with health issues that cause the loss of eyebrows, eyelashes or hair in general.

But she had no idea one of those clients would soon be her own son.

During her first year in business, she met a client that didn't have any of the typical health issues that cause hair loss.

"I had a client that really touched my heart when she came in. And she was an older lady that had been going through epilepsy all of her life," Williams told ABC 11.

That woman had an epileptic seizure, fell on her stove, and burned off her eyebrows.

"And so when I did her it touched me so much," she said.

Not long after that Williams' son, Isaiah Bailey, found out he too had epilepsy.

In the ten years since then, now the 18-year-old has suffered from numerous seizures, numerous falls and numerous scars.

The most recent seizure happened at his mom's other business the 'Nutty Bavarian' at Crabtree Valley Mall.

"I chipped three of my teeth. I had a piece of my eyebrow just hanging. I had to get it stitched up," Bailey said.

When it heals completely, his mom plans to do some tattooing to fill in the gap.

"We would basically try to cover up or camouflage that scar area," she said while using her fingernails to pull back hair near the scar.

But she also looks forward to continuing to help others suffering from any health problems that cause hair loss.

"For them to get that look and that feel back I'd like to help as much as possible," she said.

And she has a message for those who can't afford it.

"Don't let that stop you. There's options out there. I will help to find options if what I do is not enough."
Report a correction or typo
Related topics:
community & eventsraleighhairbeauty & lifestyleabc11 togethercommunitycancer
Copyright © 2022 WTVD-TV. All Rights Reserved.
ABC11 TOGETHER
Got to Be NC Festival this weekend
Raleigh Chamber Women's Leadership Conference coming next week
ABC11 Together Perspectives for May 22, 2022
Animal Protection Society Walk in Durham
TOP STORIES
Heavy rain, winds knock down trees, power in parts of central NC
Congresswoman announces $3M for strollway between Chavis, Dix parks
Duke pediatrician warns about baby formula shortage impact
Homeless veterans get an assist from Durham's Rotary Club
Truck slams into NC woman's new home
Supreme Court ruling results in 'tragic loss' for death row inmates
Shelf cloud seen in Raleigh ahead of line of storms
Show More
New NC flood monitoring system ready for next big storm
Father puts 1,000 miles on his car to find specialty formula
Student says he was told not to mention 'Don't Say Gay' law in speech
Clayton police arrest man in shooting that injured 1
More than 75,000 pounds of baby formula lands in US amid shortage
More TOP STORIES News