CHARLOTTE (WTVD) -- Before Sunday's game against the Seattle Seahawks, Cam Newton wore a shirt which features his newborn son and him "dabbing" together.

The shirt honors his son, Chosen Sebastian Newton, who was born late in 2015. Newton made an announcement post Dec. 30 on Twitter.

While Chosen is just a few weeks old, it seems like he's got his dad's signature move down.

Newton's been doing his celebration dabbing dance for most of the season and it's become a viral sensation. Although some don't like his moves, Newton says they make him happy.

"It takes me to a happy place," he said of his celebrations. "I remember when I was in high school I used to look up to guys and mimic [them]. Now they're doing the things I do."

Newton has been known all season to wear a variety of different and unusual clothes and shoes. On Thanksgiving against Dallas, he sported special dabbing cleats, and at one point he showed up to an event with a fox tail hanging from his pocket.

After the win against the Seahawks, Cam wore a beanie with a pom-pom on top. 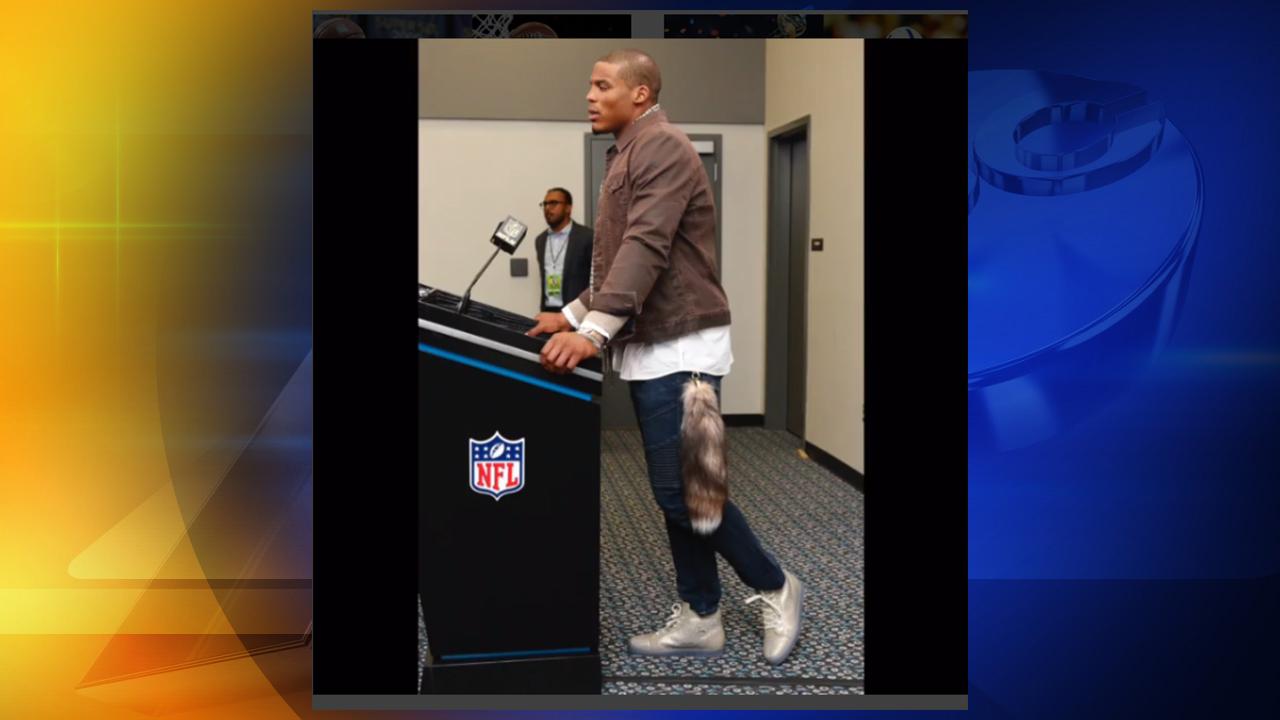