Carolina Panthers rule out Cam Newton for Sunday at Arizona 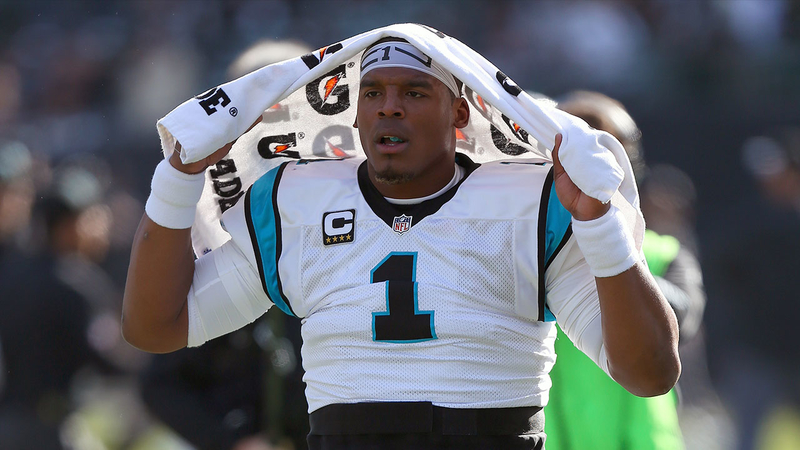 Newton reaggravated a mid-foot sprain last week in the loss to Tampa Bay.

On Tuesday, Newton did not practice and Panthers coach Ron Rivera gave no timetable for his QB's potential return, saying "He's going to get his treatment, we'll see how he feels and we'll adjust to it as we go through it."

Before leaving for Arizona, Ron Rivera sits down with @ncarolinecann to talk about quarterback Kyle Allen pic.twitter.com/cE0GePBPtn

"He's actually coming along well, The unfortunate part was last week he was playing on a short week and the foot didn't have time to come back, as far as I understand it. It was pretty sore. It was just one of those things where we have to wait it out and see where it is. The one thing we don't want to do is have another setback,' Rivera told ESPN's David Newton.

Kyle Allen is expected to make his second career NFL start for the Panthers against Arizona.

"Does it change things (if Newton is out)? Yes, it changes things dramatically," Rivera said Tuesday. "If we're going to go to end up going with Kyle for a while, yes, we have to find out who we are with him as the quarterback. And going on the road it is going to be a little bit of a challenge."

Rivera said he first learned that Newton's foot was sore after Carolina's 20-14 loss to the Buccaneers on Thursday night, although he told reporters after the game "don't worry about the foot."

"He's going to do everything he can to get back out as soon as he can," Rivera said.

The 30-year-old Newton originally suffered the left-foot sprain in Carolina's third preseason game against the Patriots but returned to practice in time for the regular-season opener. The Panthers have since stumbled to a poor start, losing to the Rams and Buccaneers at home.

Allen's only NFL start came in Week 17 of last season when he led the Panthers to a 33-14 win over the playoff-bound Saints, completing 16 of 27 passes for 266 yards with three total touchdowns.

Allen's counterpart for the Cardinals will be No. 1 overall pick Kyler Murray, who Allen beat out for the starting QB job at Texas A&M, initiating Murray's transfer to Oklahoma.