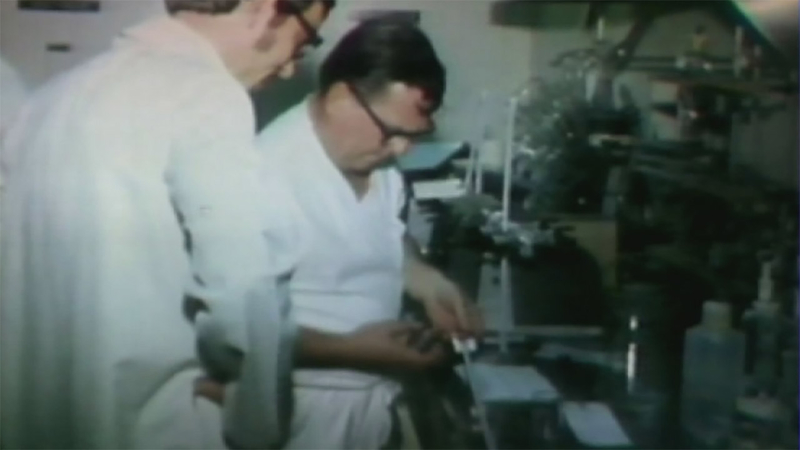 PASADENA, Texas -- Houston's "Candyman" has become something of an urban legend. But to many parents and children, the story of a father who poisoned his own son's Halloween candy with cyanide is a reminder of an evil far scarier than ghosts or goblins.

More than 40 years have passed since that Halloween night in 1974, but families have never forgotten.

"It was kind of a cold, and kind of a misty, damp night," remembers Harold Nassif, a former Pasadena Detective Sergeant who investigated the case. "Since it had been raining, Mr. O'Bryan had a raincoat on. Unbeknownst to his friends who he was with, he had the pixie sticks shoved up the sleeves of his raincoat."

Ronald O'Bryan gave pixie sticks to five children, including two of his own. His eight-year-old son, Timothy, asked for one first.

"He said the boy responded after he ate some of it that it was very bitter and didn't taste right," Nassif said.

An hour later, Timothy was dead. The pixie sticks were found to be filled with cyanide.

None of the other children had eaten theirs, but one child tried.

"He had gone home, showed it to his mother and she wouldn't let him have it that night," said Nassif. "She said he could have it after school the next afternoon."

Parents across the country vowed to never celebrate Halloween again.

O'Bryan said he was shocked, even giving an emotional eulogy at his son's funeral. The home where O'Bryan claimed to get the pixie sticks was shrouded in suspicions.

"Someone took it upon themselves to take away the trust and fun away from a lot of parents and a lot of children," said Elizabeth Bagwell, who lives in the home now.

Then, police learned O'Bryan had just taken out life insurance policies for his children.

O'Bryan maintained his innocence. A jury took less than an hour to convict him, and an hour and five minutes to sentence him to death.

"He was just very cold and calculating. He saw a means to an end to get out of debt and it's as simple as that," Nassif said. "Halloween will never be the same. Not like it was before this happened."


Report a typo to the ABC13 staff