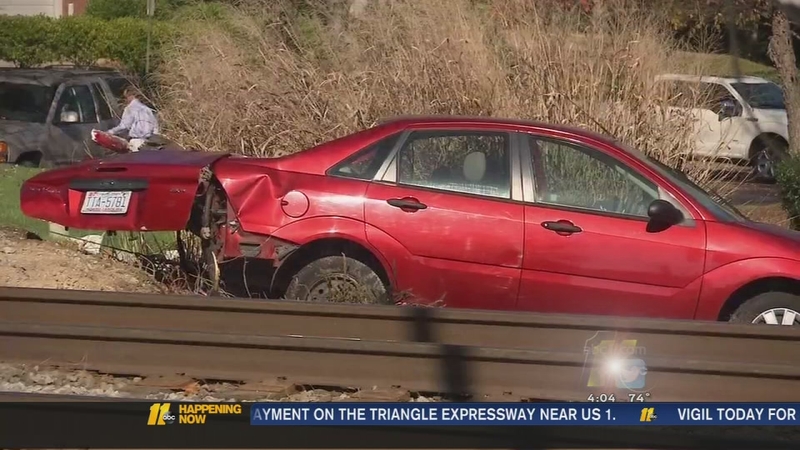 RALEIGH (WTVD) -- A woman was injured Thursday morning when her car was hit by an Amtrak train in west Raleigh.

It happened just after 10 a.m. on the train tracks along Nowell Road and Hillsborough Street.

Raleigh police told ABC11 that witnesses said the driver of a red Ford Focus - 59-year-old Ronni Squicciarinni of Cary - went around a down stop arm and over the tracks as the Amtrak passenger train approached.

Police said it is especially dangerous on that stretch of track since the speed limit for trains is 79 miles an hour.

A few inches or seconds and the crash likely would have been fatal according to RPD. #ABC11Eyewitness pic.twitter.com/EbTM2wSO5g

The Carolinian train was carrying 98 passengers on board at the time of the accident. No one on the train was hurt.

Driver suffered only minor injuries. No one on Carolinian train injured. pic.twitter.com/wLsGOKTUMe

The Carolinian was headed to New York from Charlotte and had just left a stop in Cary before the incident. Service was temporarily halted as authorities investigated the accident.