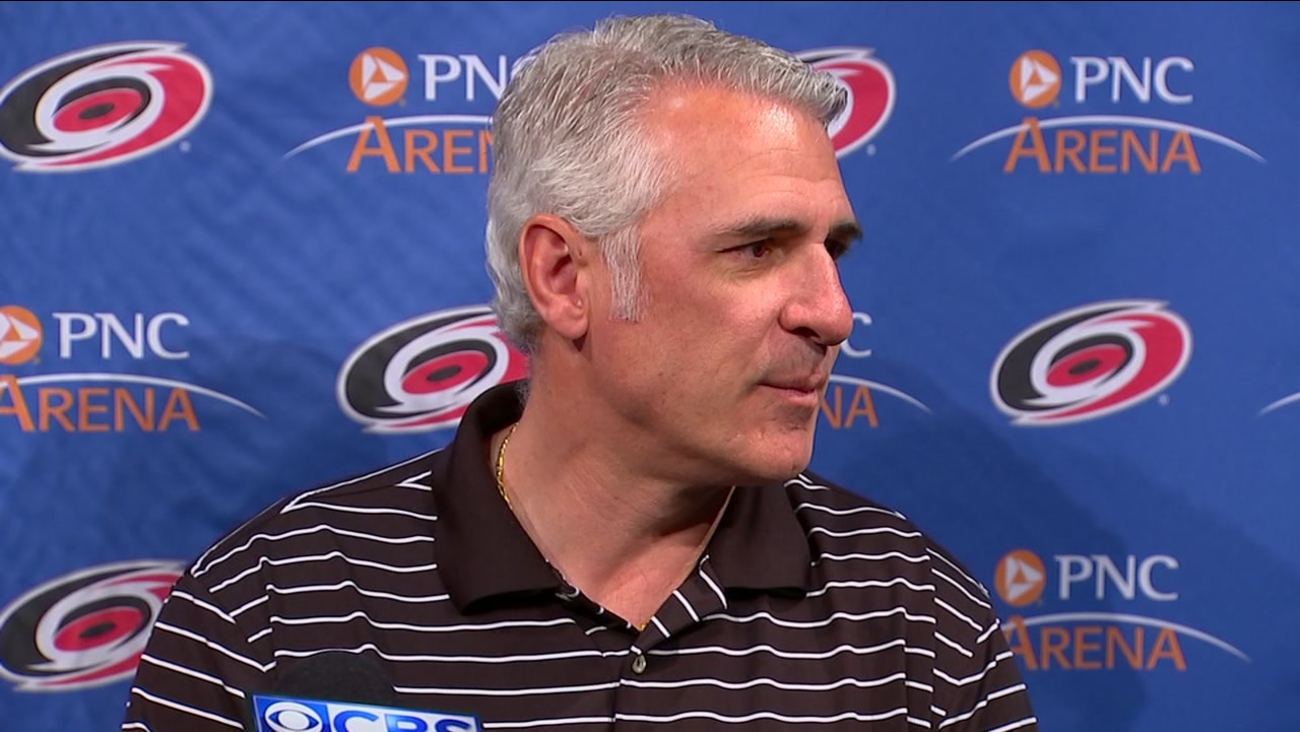 RALEIGH, NC (WTVD) -- Ron Francis will no longer call the shots when it comes to assembling the roster of the Carolina Hurricanes. That news came Wednesday night. The 55-year-old Francis will now move to a new position, president of hockey operations. The team has begun to search for a new GM.

"Since I took control of the team, I've had a good chance to be around and assess the operations," said owner Tom Dundon in a release. "There are a lot of good people working in the organization, but I feel that a change in direction is needed when it comes to hockey personnel decisions.

"Ron is a smart and talented hockey man. I am glad that he will continue to be a part of the team, serving in this new role," Dundon added.

Dundon said himself, at his introductory press conference, that he was not a patient man. This is his first major decision and a reflection of his clear dissatisfaction with the team's current direction.

When I asked Dundon via text message whether head coach Bill Peters was safe for now, he responded "Yup." The caveat in my question, "for now," may be a key qualifier there, but from the start, my impression has been that Dundon was exceptionally impressed with Peters during the process of evaluating and then buying the team.

What he had not managed to do was build a roster that could turn potential into production. Goal scoring continues to be a major issue. The signing of Scott Darling to solve the team's persistent goaltending problems blew up in his face and Francis once again did nothing at the trade deadline to bolster the team or sell off dead weight for any return value.

That paralysis may ultimately have been Francis' undoing as GM. He seemed addicted to building a roster, holding his prospects and draft picks like precious gems. Sometimes you've got let go and make some daring moves. RF never appeared willing or able to do that.

Obviously, Dundon thinks highly enough of Francis to keep him around, and Ron, in turn, is apparently willing to move to a less involved position.

This is not to suggest that Peters and the players are absolved of any blame. Far from it. Peters has shown no ability to get his team to play at a consistently high level. He hasn't wrung production out of his most skilled players, in fact, he seems to have mostly dampened them.

On repeated occasions, when the bell rings for a big game, the Hurricanes curl into the fetal position. That's an indictment of everyone involved.