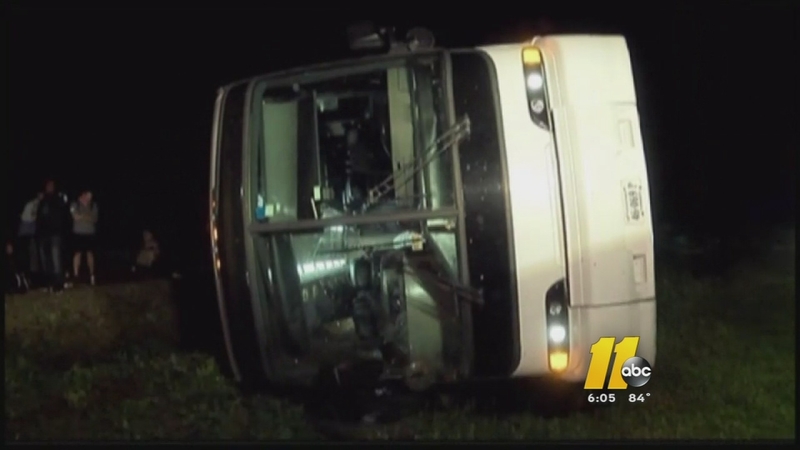 The Carolina Mudcats are a minor league baseball team based in Zebulon, North Carolina.

"Real thankful to be here," said Sean Godfrey, the team's outfielder, following the release of injured players from the hospital. " Just got up to watch the sun come up today. I was definitely real thankful to see that."

The accident happened around 3:45 a.m on Clarendon Chadbourn Road at Bessie Road in Chadbourn, North Carolina - which is about 12 miles from the South Carolina state line. 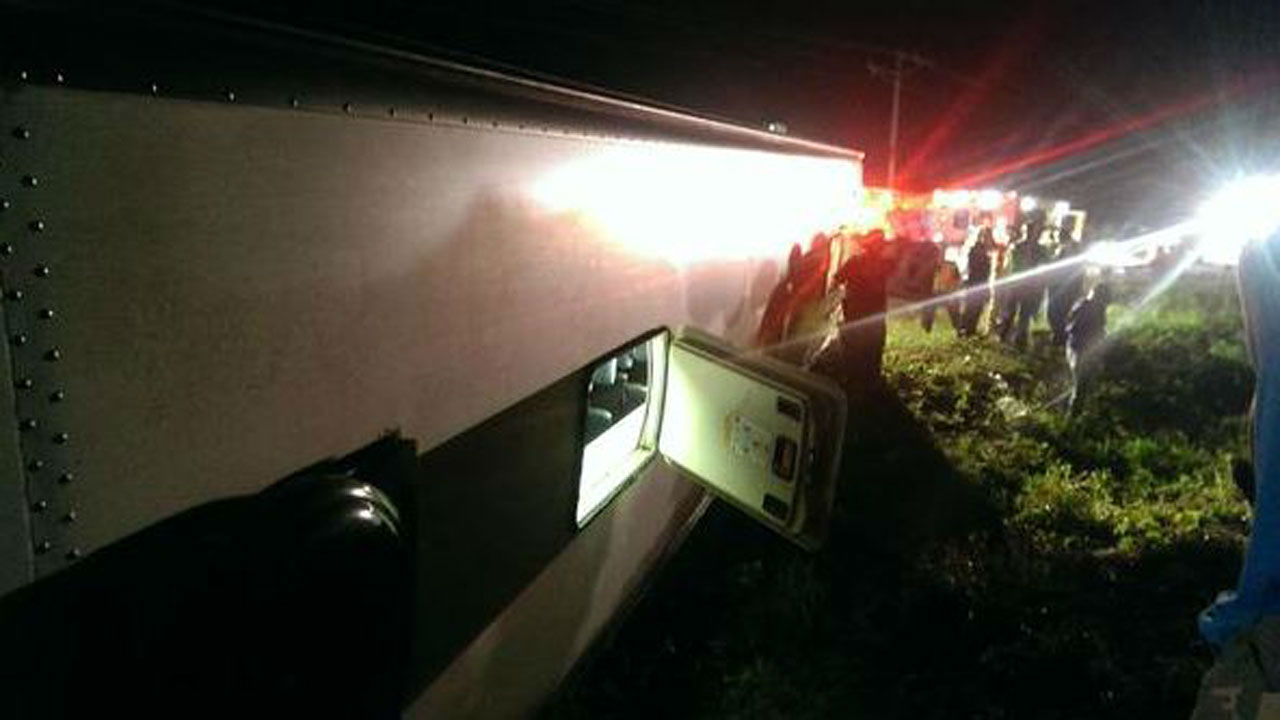 Greg Young Jr., Director of Broadcasting/Media Relations with the Carolina Mudcats told ABC11 more than 30 people, including the team's entire roster, were on-board the bus, headed for Myrtle Beach, when it overturned.

They were at the tail end of an overnight trip, traveling between Virginia and South Carolina games.

God was watching over us tonight, we are lucky to be alive

"I just remember hearing the bus driver yelling and obviously something was wrong," he said.

Young said he was awake when the driver lost control of the bus. He said he fell across a railing and coaches.

"It seems like it lasted forever," Young recalled, describing the smell of dirt and grass as their charter bus overturned.

"It's kind of like I flung up to the ceiling," said Godfrey. Everybody was just kind of going all over the place. It was pitch black. It was scary."

The N.C. Highway Patrol told the Wilmington Star News that the accident happened while the bus was taking a detour off of N.C. 410. Authorities said the bus tipped onto its right side and landed in a ditch after going around a curve.

The driver has been charged with Exceeding a Safe Speed.

Dan Ronan, senior director of communications for the D.C.-based American Bus Association said the driver is employed with the Abbott Trailways charter bus line. The company is based in Roanoke , Virginia and has a clean record with the ABA.

Young said the driver appeared to be doing fine following the crash as she spoke with staff members and players at the hospital and emergency shelter. She is a new driver for the team, although the Mudcats have been in a long-term contract with Abbott Trailways.

"We know there was a problem because the bus driver made it clear she as having an issue," said Young. "What it was-I don't know."

Eight people were taken to Columbus Regional Hospital with minor injuries. All were released with scrapes and bruises by 9 a.m. Tuesday. An alternate bus transported the team from a county emergency shelter to Myrtle Beach, where they arrived to their hotel by 1:00 p.m.

By that time they had been on the road for 14 hours.

The Mudcats game Tuesday night game against the Myrtle Beach Pelicans was postponed, but spirits were high enough to think about pushing forward.

The Carolina Mudcats' series at Myrtle Beach this week was canceled on Wednesday.

Carolina League President John Hopkins said that the Mudcats have returned home, and players and field staff will continue to be medically evaluated.

The three-game series was supposed to begin Tuesday and conclude Thursday.