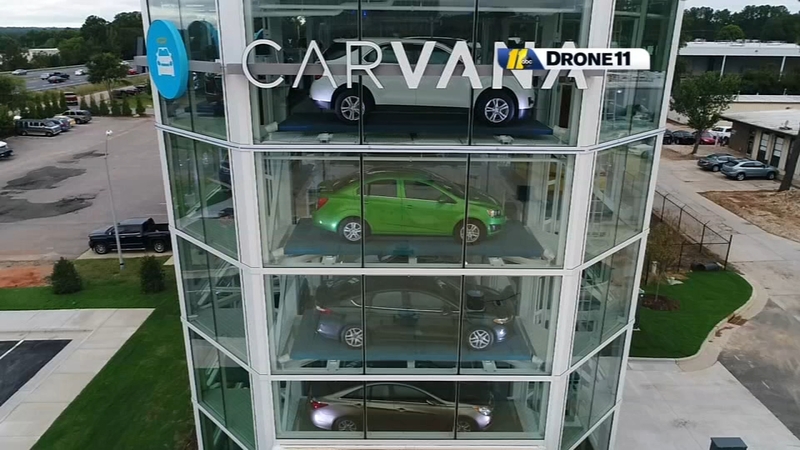 The State of North Carolina suspended Carvana's dealer license for the Raleigh location until Jan. 29.

It's part of an agreement the company reached with the state attorney general's office following an investigation by the Division of Motor Vehicles.

Documents show the hearing determined that Carvana failed to deliver titles to the DMV, sold motor vehicles without a state inspection, and issued out-of-state temporary tags and plates for vehicles sold to customers in North Carolina.

Carvana will also pay a civil penalty of $500 and an administrative hearing fee of $200.

Carvana's Wake County showroom is on Navaho Drive in Raleigh. It began operations in August 2017.