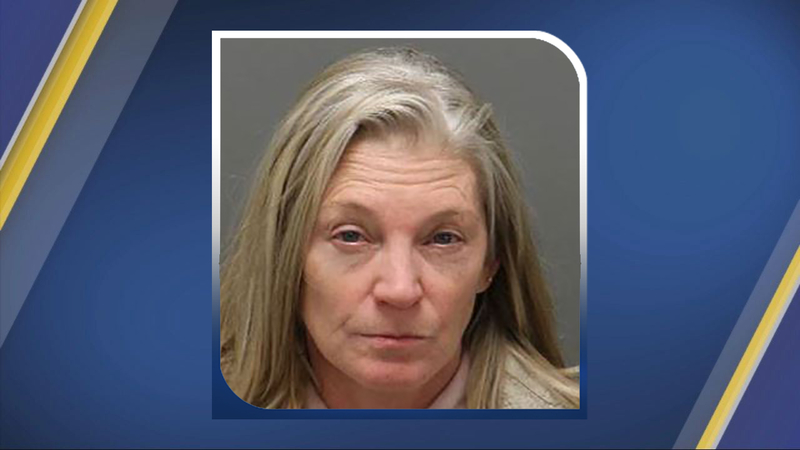 Cary woman arrested for vandalism acts that were 'fueled by hate'

CARY, N.C. (WTVD) -- A Cary woman has been arrested for two separate vandalism acts that officials say were 'fueled by hate.'

Both vandalism incidents happened on Dec. 27.

According to police, just before 4 p.m., they received a call from a resident who said his cars had been vandalized outside his home.

When officers arrived they found orange spray paint on Mohammed Khan's Porsche and a busted headlight on his Mercedes.

Then, around 6 p.m., Cary police received another vandalism call about damage reported at Congregation Sha'arei Shalom, a Messianic Temple.

"We're concerned for the safety of our congregants and visitors," said Mike Kaufman, a Board Member at Congregation Sha'arei Shalom.

There were two broken windows found at Congregation Sha'arei Shalom, as well as similar orange spray paint on the sidewalks. Video from a doorbell camera showed Burns throwing bricks through the window.

During interviews with Burns, police said she admitted to both acts of vandalism and indicated her disdain for people of other religions and ethnic backgrounds.

"While the vandalism Mrs. Burns committed did not immediately suggest a racial motive or ethnic intimidation, through our investigation it became clear that her actions were fueled by hate," said Cpt. John Szymeczek of the Cary Police Department.

Due to the nature of the act, the Cary Police Department is working with federal law enforcement to determine if any federal charges are appropriate.

"I know what it's like. Sometimes just someone who's been there having been through it can lend some support and encouragement," said Pastor Tom Harris of Saint Andrew's Presbyterian in Raleigh. The church was vandalized in a separate, unrelated incident last week.

Congregation Sha'arei Shalom has been in Cary since 2001, and at that location (in their own building) since 2008.