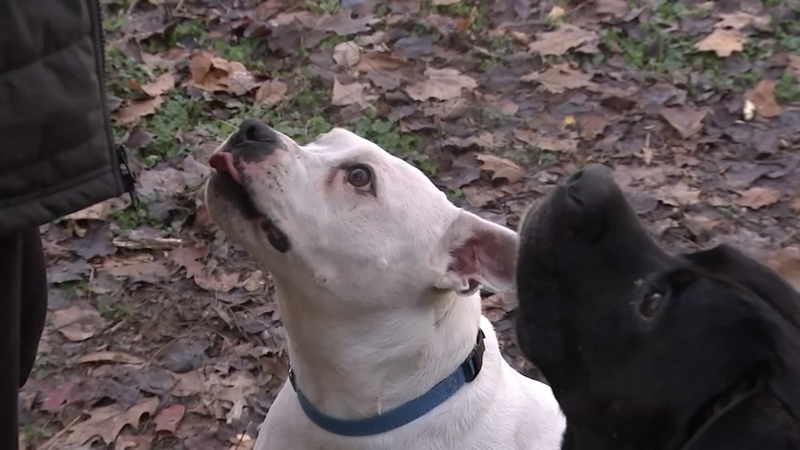 CARY, N.C. (WTVD) -- An Air Force Veteran in Cary is looking for a loving family for his two dogs.

He lived in Cary with his two rescue dogs, Izzy and Charlie.

But 2020 was hard. Moon lost his job and health insurance. His nephew died. He developed depression. He's had several strokes. For the last four months, he's been in the hospital, which Jackie Larson says has left him bankrupt.

Tom will be moved to a state-run home.

"Charley and Izzy don't have a home anymore and this home is going to be sold by the state," Larson said. "He's just sick about these dogs and what's going to happen to them. These are his babies."

For months while Moon was in the hospital, a neighbor put dog food over the fence. The inseparable duo otherwise took care of themselves - taking themselves out to potty, making not a single mess in the home.

Charley's K-9 Rescue has stepped in to help find these two a home.

"It's really important because they have been together for so long to keep them together, they're soul bonded, they look to each other for just about everything," said Nicole with the rescue.

Izzy and charlie are about seven years old, are good with kids, but wouldn't be great with other dogs, and have been fully vetted with a clean bill of health

Nicole said, "it's unbelievable how well he's treated these dogs."