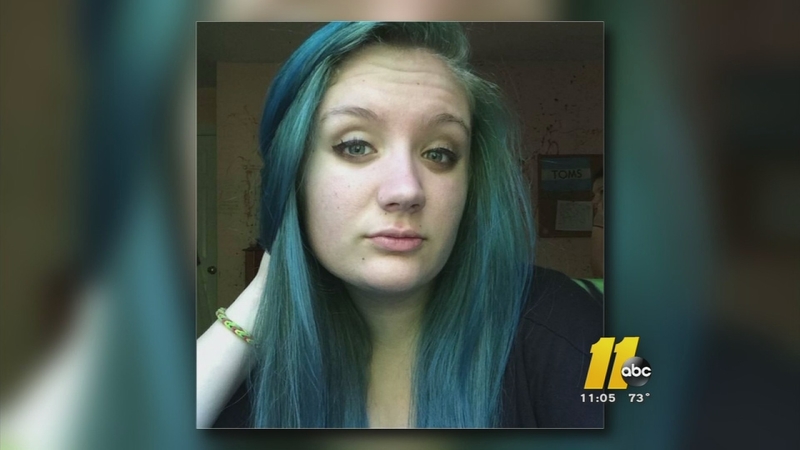 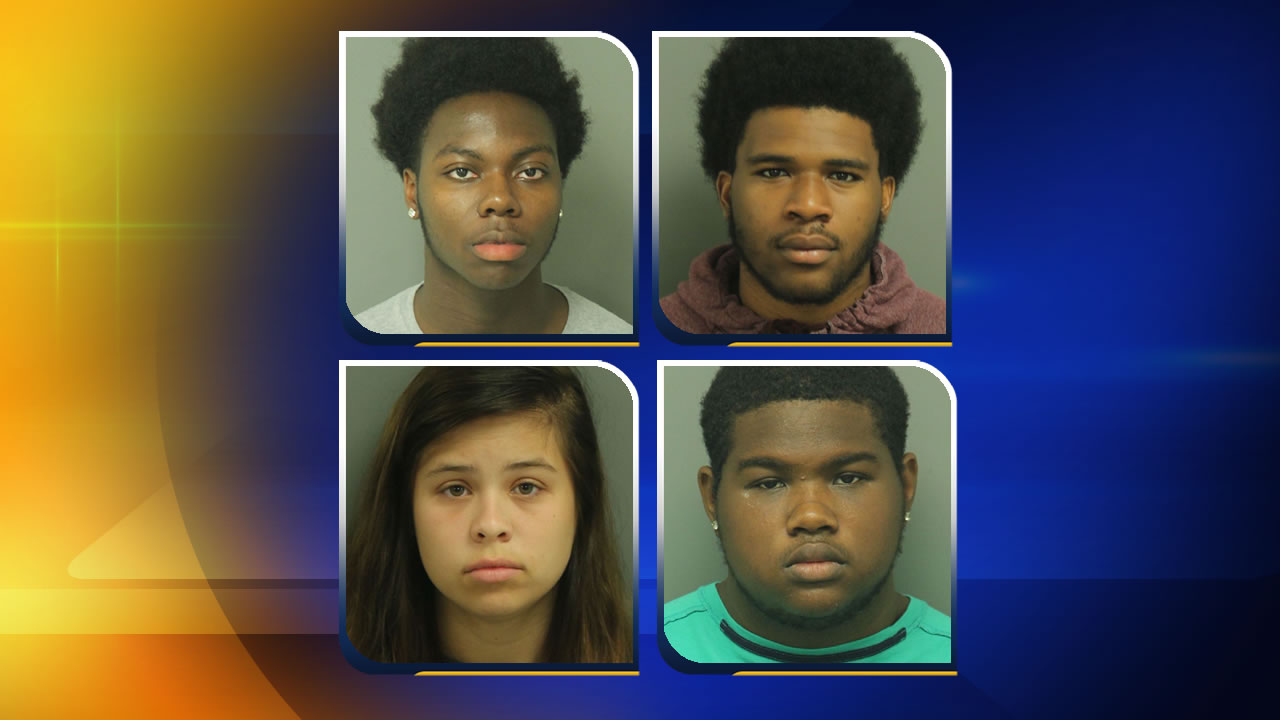 Around 9:20 p.m. on Friday, police and emergency services got a 911 call from Lawrence Road near the entrance of Walnut Street Park from a witness who came up on the scene and said the teen may have fallen off or out of a car.

"Apparently, she was on a car and fell off and a gentleman is here with blood all over his face. He is acting very strange. He said not to call the police but I am calling you cause this girl, I don't feel a pulse or anything, so someone needs to get here very quickly," reported the caller.

Emergency workers tried frantically to save the teen but she died.

Cary police said they believe the four charged got together with Burdick-Crow to make a drug deal, but in the course of the transaction Burdick-Crow was robbed and became involved in an altercation with the suspects.

During the struggle, Burdick-Crow fell from a pickup truck driven by Simmons as the suspects fled the scene.

The Ford F150 has been located by police and processed for evidence.

Although arrests have been made, police say anyone with information is still encouraged to contact the Town of Cary Police Department at (919) 469-4012 or file a report anonymously with Cary Crime Stoppers at (919) 460-4636. Crime Stoppers pays up to $2,500 for the arrest or indictment of those responsible for committing certain types of crimes. All calls will be kept CONFIDENTIAL at the caller's request.

The parents of Katherine Burdick-Crow have issued this statement:

We are devastated by the loss of our daughter Katie, but we appreciate the outpouring of love and support from so many of our friends.

Katie was a very loving, caring person and it is a shame her life has ended so soon. We ask for your prayers and good wishes, but also your respect for our privacy at this time.

We'd like to thank the Cary Police Department for working so diligently on this case and quickly apprehending four suspects.