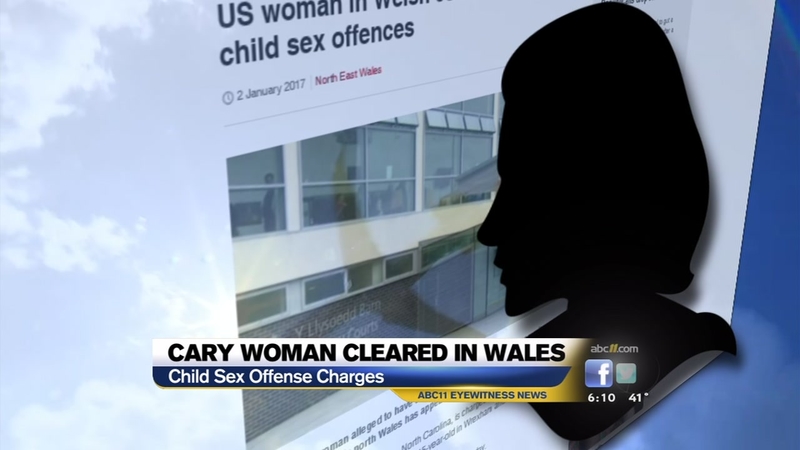 CARY, North Carolina (WTVD) -- A Cary woman accused of traveling to Wales and committing a child sex offense has been cleared after charges were dropped.

The BBC reported Friday that charges have been dismissed against 27-year-old Christine Lacson Abad.

Abad was accused of child sex offenses with a 15-year-old in Wrexham.

A spokesman for the Crown Prosecution Service said the prospect of a conviction became unrealistic.

"Accordingly, a decision has been made to stop the proceedings," the spokesman said.