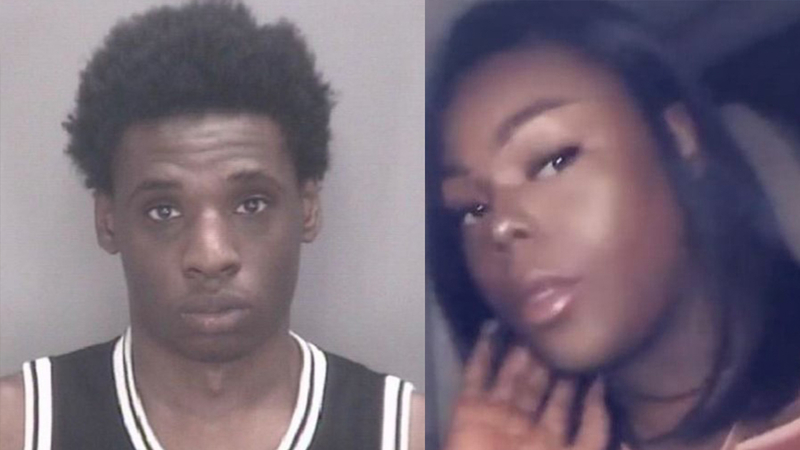 On June 5, deputies with the Robeson County Sheriff's Office found 23-year-old Chanel (Avery) Scurlock's body in a field in Lumberton.

Javaras Hammonds is accused of robbing Scurlock, shooting her multiple times and then stealing her car.

Scurlock's mother, Brenda, said her child -- who was born male but identifies as female -- was targeted. She said Scurlock was headed to a date, with someone she met on Plenty of Fish, hours before the deadly shooting.

"No parent should have to suffer the loss of their child under any circumstances," said Sheriff Burnis Wilkins. "But, to learn that their son was brutally murdered by being shot multiple times and left to die is inconceivable. However, while the investigation continues, we are pleased to bring closure to this family as we seek justice."

He faces charges with first-degree murder and robbery with a dangerous weapon. He was booked into the Robeson County Sheriff's Office without bond.