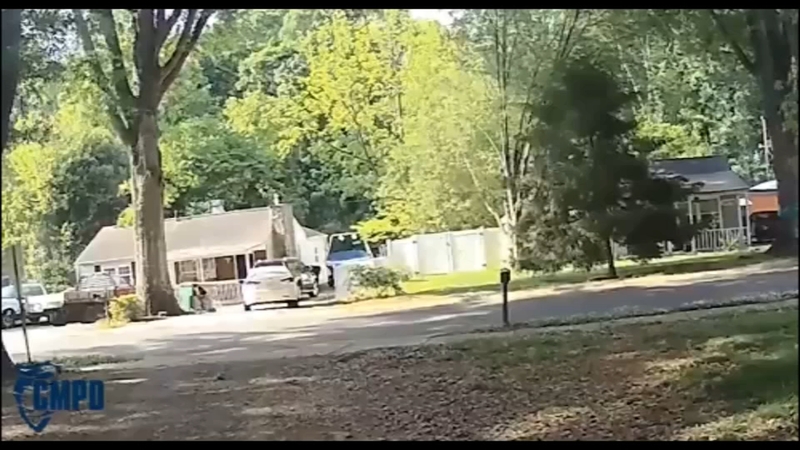 CHARLOTTE, N.C. (WTVD) -- Children playing outside were forced to duck for cover when more than 50 rounds were fired at a Charlotte, North Carolina home last weekend.

The shooting happened on Nations Drive just before 5:30 p.m. on Saturday.

In the video, released by the Charlotte-Mecklenburg Police Department, two men hop out of a red Dodge Charger and open fire toward a home. Children who were playing outside were forced to duck for cover.

After 50 rounds were fired in close proximity to several children playing outside, detectives arrested 20-year-old Christopher Gilmore. #CMPD is still working to identify the two other suspects in this video. Please call 9-1-1 or @CLTCrimeStopper with any information. #cltcrime pic.twitter.com/qJ5TalxKWv

Authorities say more than 50 handgun and rifle casings were fired in the exchange.

Luckily, no one was injured in the shooting, but two houses and four vehicles were hit by bullets, police said.

"This neighborhood is really quiet. And I never seen something like that, so, I was scared," resident Norma Hernandes told WSOC. "I'm scared because I have two kids, you know?"