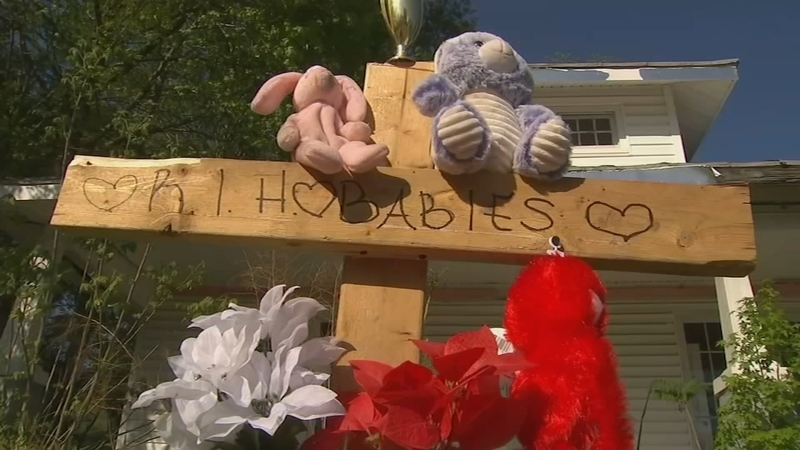 RALEIGH, N.C. (WTVD) -- A brand new report reveals some sobering new numbers on the top causes of child death in North Carolina. Homicide and suicide rates have more than doubled in the past 10 years. Homicide is now the leading cause of death of North Carolina kids ages 1 to 17.

ABC11 discussed the report's findings with Kella Hatcher, executive director of the state's Child Fatality Task Force, which authored the report based on the newest statistics from 2020.

"We have seen a significant increase in firearm deaths. That was very alarming," said Hatcher.

It's cases like the murder of 9-year-old Z'Yon Person in Durham in August 2019. The boy was shot in the head from a passing car while riding with his aunt to get snow cones. And, since then, there's been a pandemic surge of gun-buying in America -- some legal, some not -- many of the weapons not protected enough.

"And that logically means that there are likely to be more guns that are not safely stored and accessible to curious young children," Hatcher added.

NEW AT 11: New report reveals NC child homicide and suicide rates more than doubled over past 10 yrs
• • •
“We have seen a significant increase in firearm deaths. That was very alarming.” #abc11 pic.twitter.com/UPUDgcTeCQ

Suicide is now the fourth leading cause of death for children 1 to 17 in North Carolina. 56 lives were taken by suicide.

Just last month, a month devoted to raising awareness about child abuse prevention included heartbreaking cases of alleged deadly abuse -- including a 14-month-old baby girl and her 3-month-old brother found unresponsive in a car in Rocky Mount. The children died at the hospital with what police said were signs of abuse on their bodies.

Hatcher told ABC11 that it is time for an upgrade to the state's 30-year-old Child Fatality Prevention System.

"It's been critically important in our state, and it's done a lot of good," said Hatcher. "But it also has gaps and deficiencies that really need to be addressed. We need to update that system."

Hatcher and her team sent a list of policy fixes to lawmakers on Jones Street. She also lamented that North Carolina is one of only three states that does not participate in the National Child Death Case Reporting System. She said if we did, the state could gain an even better understanding of how why so many of its children are dying.
Report a correction or typo
Related topics:
raleighncchild deathsuicidehomicidegun violenceteen killedteen shotstudyinfant deathssuicide prevention
Copyright © 2022 WTVD-TV. All Rights Reserved.
TOP STORIES
Raleigh breaks heat record set in 1938
Body found on the bank of the Tar River in Edgecombe County
A motorcycle's unforgettable ride back home
Trees downed, power outages reported after powerful overnight storm
Trump pays $110K fine, but must submit paperwork to end contempt
Driver struggles to get permanent tags for truck bought on Vroom
Former Duke assistant football coach dies at 59
Show More
American Airlines flight veers off runway in Charlotte
Our America: Because I Am | Full episode
Officials remain optimistic as tourism in Wake County booms
NC State's Tommy White breaks ACC freshman home run record
Violent crime in Durham up 8% during first few months of 2022
More TOP STORIES News