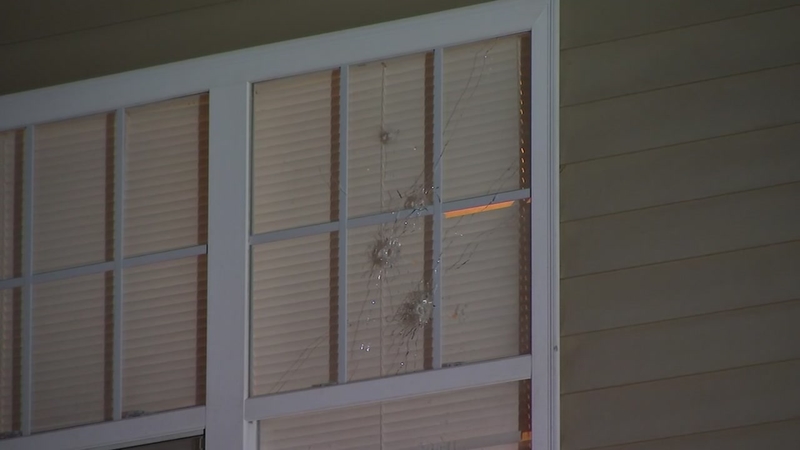 8-year-old shot in the back in Durham

DURHAM, N.C. (WTVD) -- Durham police officers are investigating after an 8-year-old girl was injured in a shooting early Monday morning.

The incident happened around 12:30 a.m. near McNeil Lane and North Blacknall Street.

Officers on scene told ABC11 crews that an argument broke out in an apartment complex parking lot near a white SUV. That argument turned violent and shots were fired. The SUV was then seen leaving the scene.

When an overnight verbal dispute outside that home turned violent, shots fired hit two young victims inside the building. We’re live from the scene in Durham with the latest this morning on @ABC11_WTVD pic.twitter.com/3lA2MQCJsD

Those bullets went into a nearby duplex where two children were present.
A bullet hit an 8-year-old girl in the back. She was taken to the hospital. An 11-year-old boy, who police originally thought to be shot, was cut by debris.

Both child's injuries are considered non-life-threatening.

No information about the shooter has been released.

Many neighbors are upset over the news.

"It hurt my heart," Sheryl Smith said. "We work so hard over here to keep these children safe, to be able to play without running from bullets. But these babies were in their house ... I hope they find the people that shot those babies, and I hope they have remorse for shooting the babies and just turn themselves in."

In June, a 12-year-old boy was shot while walking in the 3600 block of Keystone Place.

Back in January, Jackie Ferges told ABC11 her car was shot up in the cookout drive-thru off North Roxboro Road.

A 14-year-old passenger was injured.

All the victims survived being wounded.