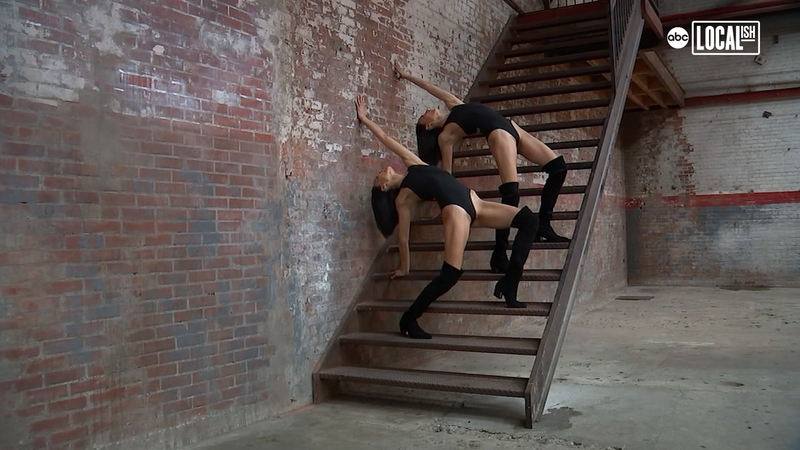 NEW YORK CITY -- A pair of identical twin sisters are mothers, wives, and yoga enthusiasts - they may live miles apart but together, they're unstoppable and taking social media by storm.

Cristen Barker and Kimberly Hise are the same, yet very different.

"One of us isn't one way or the other, yet it's a constant shifting of the relationship just to deal with the world," Hise said.

The who was taking the photos is acclaimed celebrity photographer Nigel Barker, who is also Cristen's husband.

Five years ago, the ladies both had private accounts on social media. Nigel snapped a simple picture of the sisters and posted it on his very popular Instagram page, never expecting what happened next.

"My followers went bananas, I never posted any pictures of them doing yoga and I said 'guys look what's happened, people love this,'" Barker said.

That's when Chintwins was born on Instagram - which was their nickname when they were younger.

Their mom is Irish and their father is Chinese.

They now have more than 100,000 loyal followers. They say getting the perfect shot can be challenging.

Nigel admitted he sometimes has no idea who is who. They draw inspiration from nature.

The ladies are 45 years old, and Kimberly is three minutes older.

They both are yoga instructors. Cristen and Nigel Live in Woodstock, New York, while Kimberly lives in Alabama with her husband and family.

The women have five kids between them, some are teens - which is something they keep in mind with some of the more racy poses.

The next chapter is an exciting one for this trio. They are putting together a collection of past photographs and new images for their first-ever coffee table book.

"The pictures today are better than when they were modeling in Italian Vogue and French Vogue 25 years ago, that's amazing," Nigel said.