A woman wearing a mask to protect herself from pollutants walks past office buildings shrouded with pollution haze in Beijing, Monday, Dec. 7, 2015. (AP Photo/Andy Wong)

Beijing announced Monday its highest level of warning against smog in the alert system's two-year history. The warning puts into place rules to reduce the air pollution, including urging schools to close and only allowing cars to drive on certain days.

The red alert was issued to "protect public health and reduce levels of heavy air pollution" in the city of 22.5 million people, according to an online notice from the city's Municipal Environmental Protection Bureau. Levels of tiny, poisonous pollutants approached 12 times the average daily level that was designated safe by the World Health Organization Monday.

The pollution has reached such extreme levels recently that some citizens are expressing their concerns using art and humor. Some people have been posting photos of Beijing with landmarks outlined in color because they are not visible through the smog. 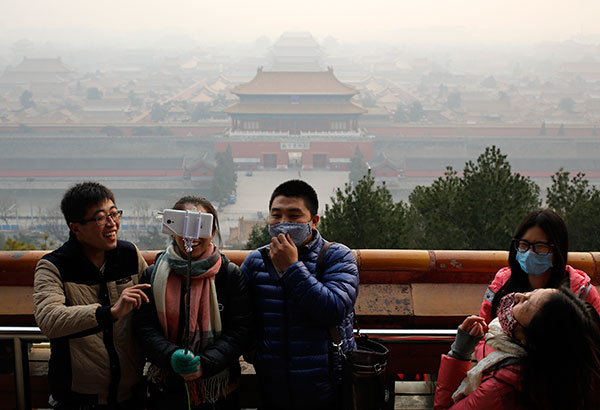 Visitors, some wearing masks to protect themselves from pollutants, share a light moment as they take a selfie at the Jingshan Park on a polluted day in Beijing on Monday.

One artist, Wang Renzheng, took matters into his own hands by spending 400 hours vacuuming pollution from the air using an industrial shop-vac. 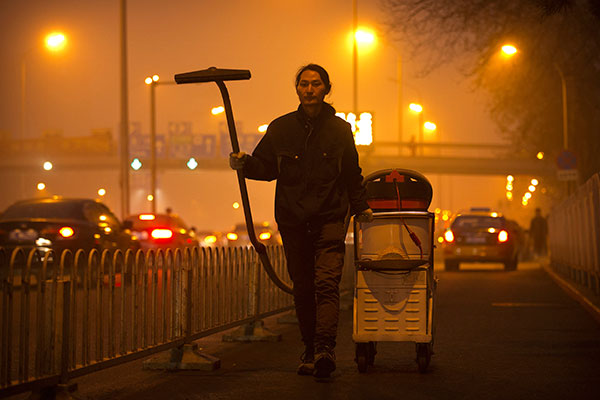 Chinese artist Wang Renzheng demonstrates the use of his industrial shop-vac alongside a highway in Beijing, Tuesday, Dec. 1.

He then baked the dust and pollutants from his vacuum into a brick. 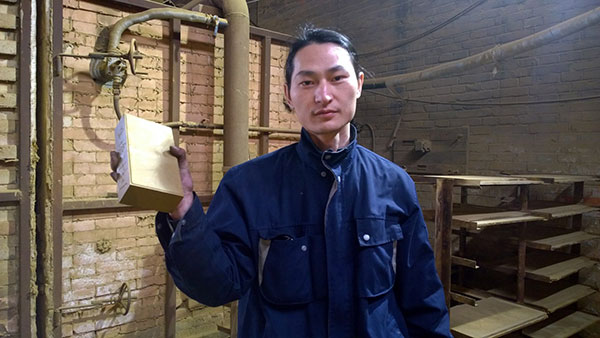 Chinese artist Wang Renzheng holds up a brick in Tangshan in northern China's Hebei province containing dust and pollutants Wang vacuumed from the air in Beijing.

Many international schools seem to be heeding warning to stay closed, though it is unclear how many Chinese schools will be closed on Tuesday. Those with better air filtration systems could choose to remain open. On more polluted days, schools have been known to hold their recesses indoors.

To regulate the number of cars on the road, Beijing citizens are only allowed to drive on certain days, determined by the ending of a car's license plate number. 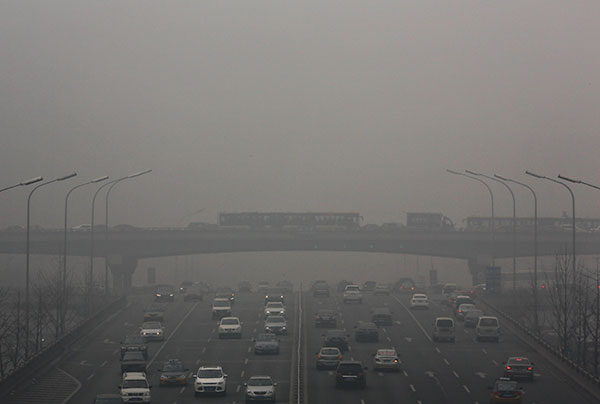 Buses and cars are clogged with heavy traffic on roads on a heavily polluted day in Beijing, Monday, Nov. 30

Some citizens are coping with the pollution levels using face masks, but Li Huiwen, a Beijing resident, told the Associated Press that they are not enough.

"You have to do whatever you can to protect yourself," she said. "Even when wearing the mask, I feel uncomfortable and don't have any energy." 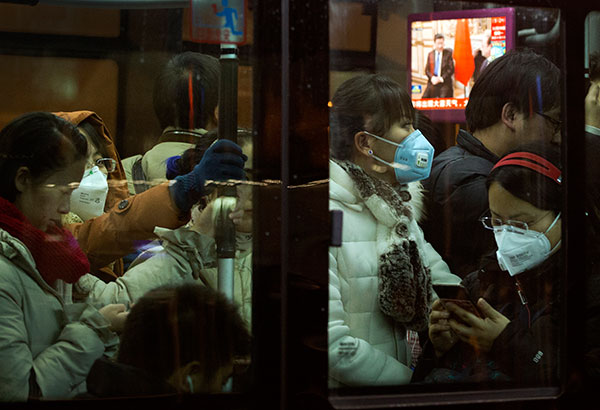 Commuters, some wearing masks to protect themselves from pollutants, ride a bus on Nov. 30 while a TV plays the news of Chinese President Xi Jinping attending climate talks.

The city has been using a four-tier alert system for about two years to distinguish varying pollution levels. In order to reach a red alert, the highest level, there must be three days of severe smog in the forecast in a row. Levels in Beijing are expected to improve with a cold front Thursday.