Chris Rock: From funnyman to 'Fargo' 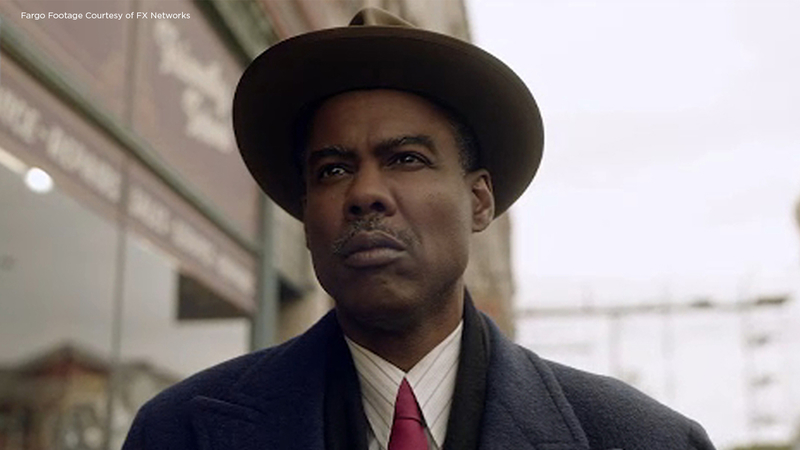 Chris Rock opens up about role on "Fargo"

NEW YORK -- Chris Rock admitted he was "a little surprised" to be asked to join Season 4 of the "Fargo" TV series on FX, but the star said he is "always open to new things."

He had a serious role years ago in "New Jack City," but this marks a new direction for his career.

"I've done some serious work before," he said. "I remember 'Nurse Betty,' 'New Jack City,' but this is probably the first time I've been a grown up in a serious role."

This is the funnyman like you've never seen him before. As a dramatic actor, he is great -- truly great -- and nothing Rock has done before prepares audiences for his work in "Fargo."
EMBED More News Videos

Chris Rock admitted he was "a little surprised" to be asked to join Season 4 of the "Fargo" TV series on FX, but he said he is "always open to new things."

As a comic, he is known for his rapid fire delivery. Here, he finds the power is in the pause.

"When you're doing comedy, it's all about, 'How do I end?'" he said. "You can almost be bad all the way there, but if it ends funny, you're fine. But when you're doing something like, every syllable, everything you do is important."

His character, Loy Cannon, is a gangster in Kansas City circa 1950.

"It was a character I've met," he said. "Let's just say that, between my grandfather, my uncles, even my dad."

Rock channeled his father in particular.

"The look was way more scary than anything he could say to me," he said. "Just him looking at me, like, it was frightening."

Rock said yes to "Fargo" without reading one word of the script, which is to say the least, unusual for an A-list star. He said it was almost unprecedented for him. with one exception.

"Whenever Adam Sandler calls me up, I just say yes," he said "Because I just trust him, but other than Adam, this is the first time."

This happened because the comic was a big fan of the FX series.

"I'd seen the first three seasons, so yeah, how could I say no?" he said.

Production wasn't smooth, though, thanks to the pandemic. It was in progress when the shutdown happened.

"I used the break to really get in tune with myself," he said. "I just wanted to come back, bigger, better, stronger."

Still, it's an adjustment working in this new normal.

"Reporters have not been allowed on sets since filming resumed so I'm kind of flying blind here, educate me as to how try television shows are being made now," he said. "You quarantine for a week. You get tested every other day. All the movie star bells and whistles are gone."

He was able to finish this work, but Rock doesn't expect to be doing stand-up comedy again publicly until 2022. He has no desire to perform virtually like some musicians have done.

"I would love to be onstage right now, man, that's the best thing," he said. "Musicians play for an audience. Comedians play the audience. The audience is actually my instrument. That's what I'm playing, so without an audience I literally don't have an instrument right now."

Rock is so skilled at commenting on the events of the day, and he admits it's been frustrating not being able to do stand-up beyond a few impromptu shows at comedian Dave Chappelle's home.