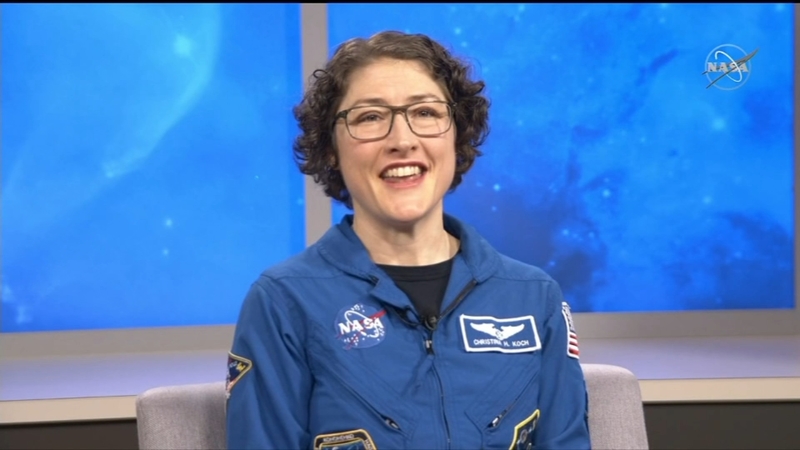 GALVESTON, Texas (WTVD) -- After a record-breaking mission on the ISS, North Carolina astronaut Christina Koch says she is dealing with sore muscles as she adjusts to gravity after setting the record for the longest spaceflight by a woman.

Koch talked with reporters in Houston on Wednesday, six days after returning to Earth from her 328-day mission aboard the International Space Station.

Koch, 41, explained that she has sore muscles, trouble with balance and her neck hurt for about a day.

"I felt like a 2-week-old who was actually working hard to hold up my own head," she said.

Koch is back at home in Galveston, Texas, reunited with her husband, Bob, and their dog, a rescue pup named LBD for Little Brown Dog.

She returned to find a kitchen full of chips and salsa, something she craved in orbit.

One of her first stops was her local beach.

"After 328 days in space, the first six days back on Earth were full of just as much wonder and excitement," Koch said. "We all live on a wonderful planet and it's great to be back."