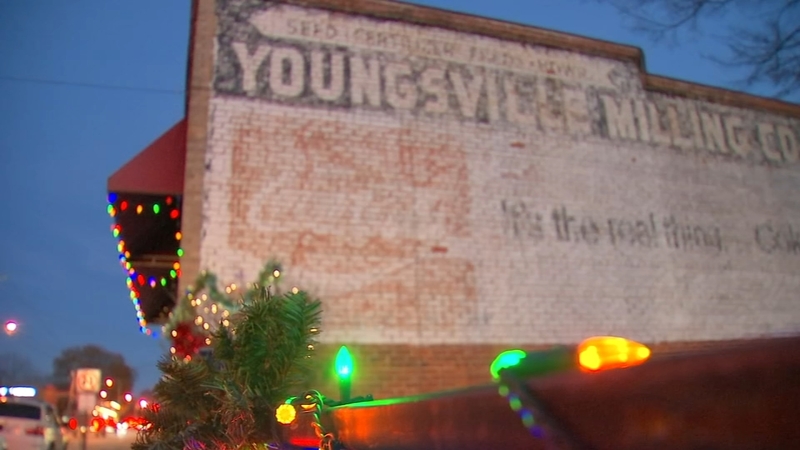 YOUNGSVILLE, N.C. (WTVD) -- The Youngsville Christmas Parade looks to be set in stone for this weekend despite calls from county health officials to cancel the event.

On Wednesday afternoon, the director of the Franklin County Health Department sent a second email to the Town of Youngsville, urging town officials to cancel the Christmas parade planned for the morning of December 5.

The Town of Youngsville mayor, Fonzie Flowers, responded to the health advisory Thursday night, "If a Wal-Mart, a Target a Lowe's, a Home Depot, if they can have the number of people they have in their store in an enclosed environment, we can certainly have a couple hundred Youngsville residents along our parade route."

"At the end of the day, we're trying to do something positive and trying to make a difference and give people hope," Flowers said.
EMBED More News Videos

The town urged people with COVID-19 symptoms or those who are high-risk or live with someone who is high-risk to stay at home and not attend the parade.
People who attend the parade are being asked to social distance and wear a face covering.

"To those with continued reservations we would like to share that - when using the standards established in our governor's executive orders regarding the square-foot-per-person limits for retail stores - the "capacity" of our 18.2-acre parade route would be over five times the population of Youngsville," the board said. "Thus, we're confident that when parade goers observe physical distancing and spread-out along the parade route (along with observing all other guidelines), we will have a safe and successful parade."