Second suspect in fatal shooting of Clayton teen turns himself in 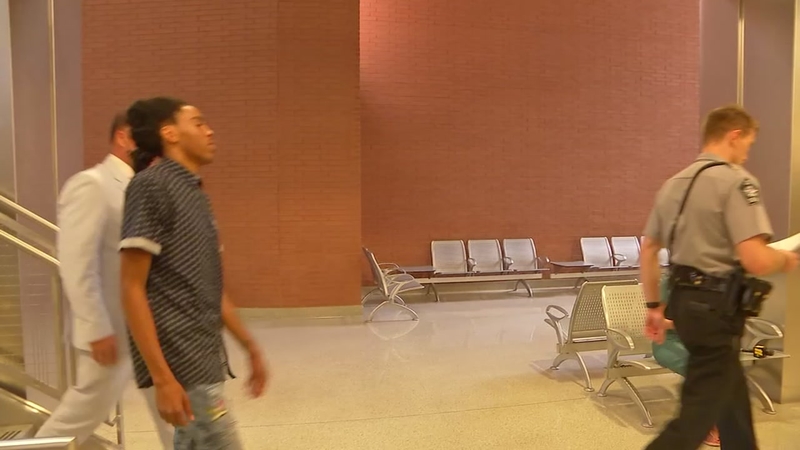 2nd suspect turns himself in in Clayton murder

RALEIGH, N.C. (WTVD) -- Quashaad Powell, 19, turned himself in at the Wake County Detention Center on Tuesday. A warrant was issued for his arrest in connection with the July 13 murder of Kaylen Middleton, 15, in Clayton. Middleton was killed in a drive-by shooting on Blackthorn Court.

However, Powell's attorney, Rob Lane, said this is not an admission to the crime. He said they knew a warrant was out for his arrest.

"There's no admission," Lane said. "We know that Mr. Powell didn't shoot anybody. These tragic things take place. Obviously, our thoughts and prayers go out to the deceased and their family."

#EXCLUSIVE—We have footage of Quashaad Powell, 19, turning himself in at the Wake County Detention Center. A warrant was issued for his arrest in connection with the July 13 murder of Kaylen Middleton, 15, in Clayton. Middleton was killed in a drive-by shooting. #ABC11 pic.twitter.com/e0mKUJz5OG

Powell faces charges of first-degree murder and assault with a deadly weapon with intent to kill.

"(Powell) graduated from high school," Lane said about Powell. "He was about to enter into school beyond that and now he finds himself in a situation where apparently criminal charges have been taken out against him."

Powell has been transferred to the Johnston County Jail.

"If he has anything to do with what happened to my nephew, then justice needs to be served for that," said Kaylen's aunt, Starrlyn McMillan.

#EXCLUSIVE—We have footage of Quashaad Powell, 19, turning himself in at the Wake County Detention Center. What his lawyer is saying & what the family of the victim is saying at 4 & 5p #ABC11 pic.twitter.com/Nj2wHwo2mY

Joshua Draughon, 18, of Garner, was taken into custody in connection with the murder and faces the same charges as Powell.

It is unknown who the third suspect is, the Johnston County Sheriff's Office said Tuesday, and it added that there is no motive at this time.

The family of the victim told ABC11 that Kaylen was hanging out with friends outside his home when he was shot.

They are remembering him as an outgoing and respectful person.

"He was an extraordinary young man, an all-star athlete, an "A" student," McMillan said. "Whoever it was, they don't realize what they took from us."

His grandmother is also feeling the pain of the loss.

"I haven't had nothing to eat or drink since his death, and I just want to hold him again," Maurine Hunter-Stinson said. "I'm feeling that I'm hoping that it wasn't meant the way it happened."

Another person injured in the incident, Desmond Barnes, 20, was shot in the foot and has since been released from the hospital.