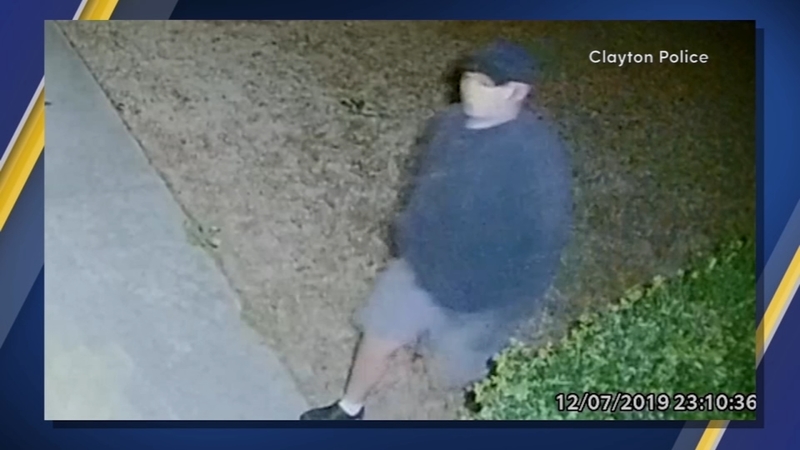 CLAYTON, N.C. (WTVD) -- Clayton Police Department is asking for your help identifying a man seen prowling around people's homes, in one instance, captured on home surveillance not wearing any pants.

Police released a montage of home security footage showing the man appearing on several different nights, crossing over people's driveways, walking near their front doors and in their side yards inside the Riverwood Athletic Club neighborhood. On one occasion, the man is caught on video, naked from the waist down, crouching next to a backyard grill.

The man is described as being in his 20s or 30s. When he chose to wear clothing he was wearing a ball cap, blue sweatshirt/jacket, light blue shorts, white socks, and black shoes.

Lt. John Lequire said so far, he has only been reported for trespassing.

One neighbor, who did not want to be identified, said it's unsettling not knowing why the same man keeps coming back.

"It's really concerning- what this is about," she said. "And I think all of us in the neighborhood and especially our street want to know what prompted this and what is the reason for the continuation of it?"