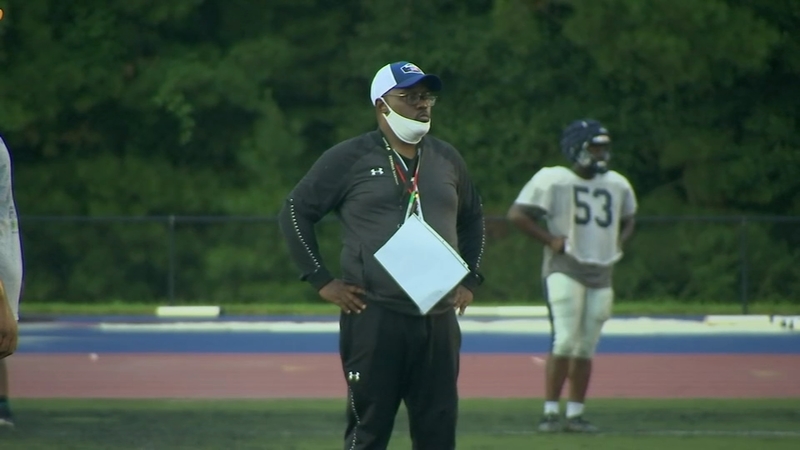 RALEIGH, N.C. (WTVD) -- The Saint Augustine's football team is moving to the sound of a new beat this year.

"It's different because you've got to wake your body up even faster," said quarterback D'ontre Gilliard.

The Falcons take the field for practice at 6 in the morning with their only source of light coming from two rental lights, one on each side of the field.

First-year head coach David Bowser was hired after the season ended in 2019 but had to wait almost two years to make his official appearance on the sidelines as the man in charge for the Falcons.

It's been 665 days since the Falcons last lined up against someone other than their own teammates and it'll be an adjustment for this young team. Saint Aug's was picked to finish last in the conference but for Coach Bowser and his team none of that matters.