Colonial Pipeline restarting operations, will take 'several days' for a return to normal 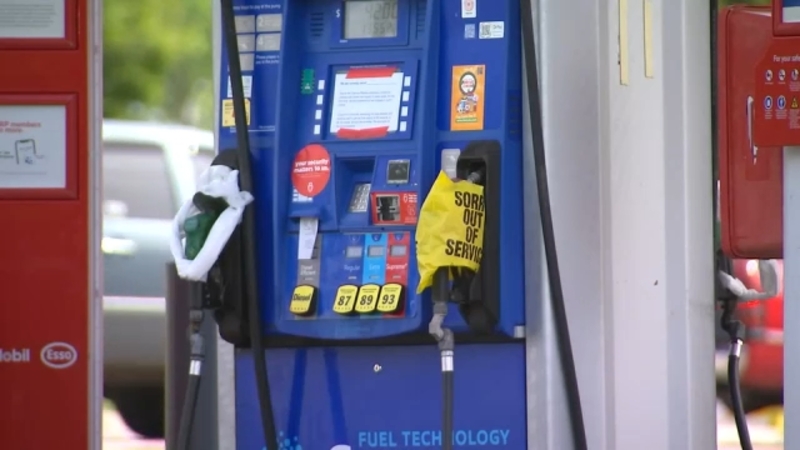 RALEIGH (WTVD) -- Colonial Pipeline announced Wednesday afternoon that it has begun the process of restarting operations.

The pipeline company said this is the first step in the restart process and it will take "several days" for a return to normal operations.

"Some markets served by Colonial Pipeline may experience, or continue to experience, intermittent service interruptions during the start-up period. Colonial will move as much gasoline, diesel, and jet fuel as is safely possible and will continue to do so until markets return to normal," the company wrote in a statement.

Still, it's good news. As of 6 p.m., 70 percent of gas stations in North Carolina were out of fuel, according to Gas Buddy.

That comes days after Gov. Roy Cooper preemptively declared a state of emergency, lifting some fuel regulations to help ensure there is enough fuel supply available throughout the state.

Across the state gas stations with fuel are seeing long lines form as people panic to fill up and top off their vehicles -- exactly what state leaders say we all need to avoid doing.

That panic buying makes the situation worse--just as it did with toilet paper and cleaning supplies at the start of the COVID-19 pandemic or like it does with bread and milk ahead of storms.

Before this week, the fuel distribution infrastructure in North Carolina was already strained due to a shortage of authorized hazardous materials drivers. However, that driver shortage isn't the main reason for gas stations running out of gas right now.

After the cyberattack on Colonial Pipeline, which runs from Texas to New Jersey and supplies at least 70 percent of the fuel to the Southeast, restricted allocations were placed on fuel distributors in North Carolina. That means they were not allowed to load and transport as much fuel as they had in previous weeks.

American Airlines said it is going to have to start "tankering" fuel.

ALL OUT. This @Shell gas station in Raleigh actually had gas. They’re now out. #abc11 pic.twitter.com/Yj1oOMIIDQ