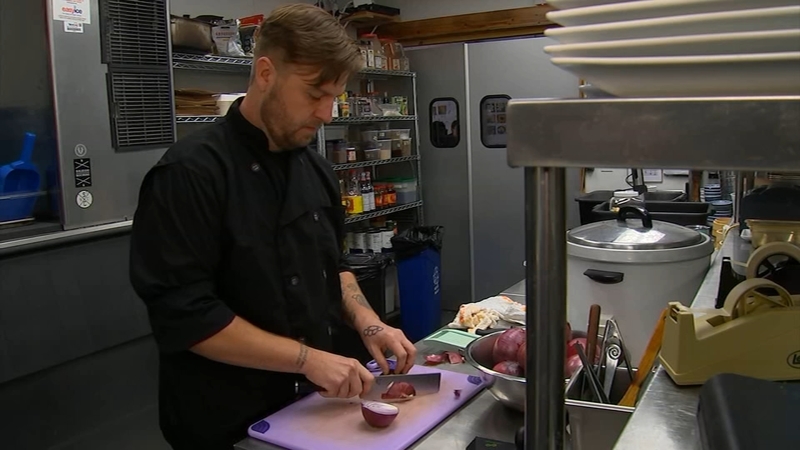 Mofu Shoppe is normally closed on Sundays but will open for the special event the day before Veterans Day with veteran Chef Dallas Frentz cooking up the meal.

"I've always wanted to work with veterans," Frentz said. "I knew when this opportunity arose, I knew it would be the perfect place to do it and the perfect time being a day before Veterans Day. I've had several guys I served with commit suicide. And, I've been closed myself, and it's just, it's, it's one of those things that a lot of people just don't know about," Frentz said. "This is good to get the word out. And they can have some good food at the same time," he added.

Frentz served three combat tours in Iraq and Afghanistan and was diagnosed with PTSD in 2008.

"In 2007, in Afghanistan, I was in an IED explosion," Frentz said. "I was actually outside of the vehicle when the vehicle hit a landmine and I took head trauma. I received a Purple Heart there after."

Frentz used the GI Bill to attend culinary school and began working as a chef still fighting his battle with PTSD. Five years ago, he hit a low contemplating suicide and his family contacted the Durham based national organization, Stop Soldier Suicide.

"They called me, they emailed me, they got in contact with another local nonprofit based out of Cary," Frentz said.

"I started doing therapy with them and different types of therapy, and it pretty much saved my life."