With the possibility of a COVID-19 vaccine soon, medical experts work to show skeptics it will be safe 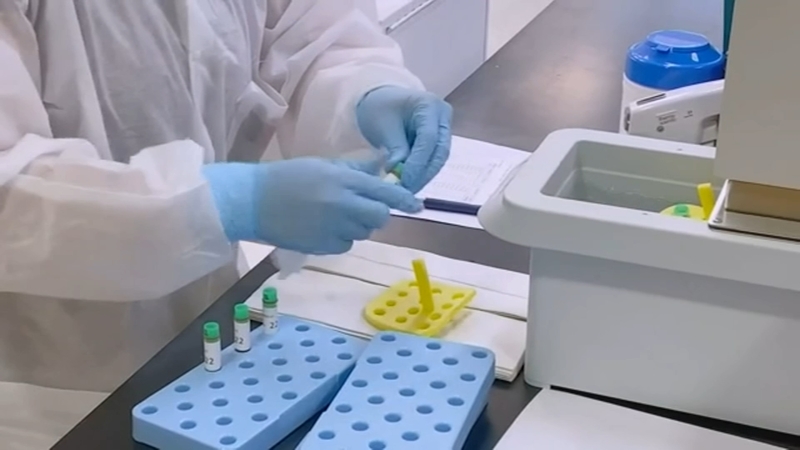 Pfizer COVID-19 vaccine ready soon, but many Americans are skeptical

RALEIGH (WTVD) -- After Pfizer announced earlier this week that it may soon be able to make a COVID-19 vaccine available, there's been a lot of anticipation in the scientific community.

The vaccine was developed in record time and Pfizer reports that it's 90% effective.

"It's really exciting," Melissa Gilkey, a health behavior expert at UNC's Gillings School of Public Health, said. "That would be a very high level of effectiveness. And if those data hold that will be a really amazing tool that we can use."

But Gilkey knows that vaccines are most effective when there is widespread immunization.

"Having more coverage across a larger percentage of the population will be beneficial," she said.

Surveys done in the weeks prior to the Pfizer announcement, however, show that only about half of Americans would feel comfortable getting a vaccine if it were available right now.

That's down from spring and summer polls and those recent numbers are concerning to many health care researchers.

WATCH | 5 things to know about the Pfizer vaccine

What do we know about the vaccine and how will the timeline of distribution impact you? Hit play to learn more.

Gilkey is not yet worried though.

"I think one thing to keep in mind is that at this point we're asking people to talk about their willingness to get a vaccine that's hypothetical," she said.

The health behavior researcher, who has monitored the anti-vaxxer movement, thinks people need more facts to make an informed decision.

"There's so much that we don't know right now in terms of future vaccines, safety profile, it's effectiveness, where it will be manufactured, how many doses will be needed," she said, "All of those things will come into play in terms of people's willingness to get vaccinated."

Gilkey believes that until the Pfizer vaccine and others being developed are approved, healthcare experts need to listen to those who say they aren't ready to be vaccinated.

"I think it's important to monitor the concerns people have so that we can message around those effectively. But I think we really won't know what people's willingness will be until we have a real vaccine," she said.

Once healthcare leaders have details about the vaccine, Gilkey believes they will be able to convince more people to get immunized. And that education will begin close to home she said.

"One of the most important factors in terms of whether people get vaccines is whether their healthcare provider recommends the vaccine."

She is, of course, concerned about social media and countering the flood of misinformation posted there.