Phase 2.5 allows more businesses to reopen, but are customers following? 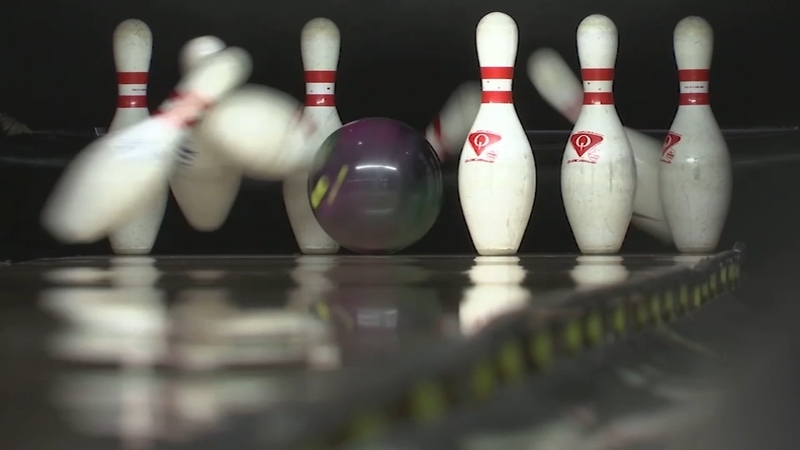 RALEIGH (WTVD) -- For many industries, the beginning of Phase 2.5 represented a long-awaited return.

"It felt great," exclaimed Nancy Schenk, the owner of B&B Lanes in Fayetteville.

Her family has owned the bowling alley for more than six decades, but had never encountered a six-month stretch like this.

"It was just scary watching money continually go out and nothing coming in," said Schenk.

In the first week back, Schenk said league bowlers, most of whom own their own equipment, have been quick to return. The battle now is to reach the casual bowler, whether that be the family or group of friends looking for something to do.

"The night-time business is still slow. For a long time everybody has sort of gotten used to going back home and turning in even if they went to dinner. There've been no entertainment options," said Schenk.

Part of that is simply getting the word out that they're open, as Schenk rattled off several other nighttime activities - from movie theatres to bars and nightclubs - that remain closed.

RELATED: 'The price tag is big': Bar owners desperate as Phase 2.5 shuts them out

"It's a Catch-22. When you don't have a whole lot of money (coming) in the last several months, it's also hard to put a marketing budget together," Schenk said, adding they are trying to ramp up their social media presence.

Gyms are another industry hoping to make a Carolina Comeback.

"We had to figure out every day how we would keep members," said Desmond Scott, the owner of Prime Athletic Training and Fitness Institute in Durham.

Scott, a former Duke football star, noted the time the gym was closed gave him an opportunity to re-evaluate his business. He explained the first week back has been modest, though there are positive signs.

"I thought it was going to be a new January. A January in September, but it wasn't that. It wasn't overwhelmingly busy. We do have a lot of new customers coming in though," said Scott, alluding to a typical uptick in January.

On top of new customers, they are starting to hear from others who had either canceled or suspended their memberships and are now interested in starting again.

"For us, it's a race against reserves. Does business ramp back up to the point where you don't have to dip back into your reserves, because I think a lot of businesses had to do that," said Scott, who is hoping for a strong fourth quarter to help offset the previous six months.

Both Schenk and Scott highlighted the importance of maintaining safe environments, explaining reconfigured their locations to enhance social distancing. Scott is using the favorable weather to offer outdoor classes, while Schenk said they are closing off every other lane, and have removed bowling balls from the general area in an effort to reduce multiple people touching them. On top of their moves, they are also counting on customers to engage in responsible behavior.
Report a correction or typo
Related topics:
businessraleighdurhamfayettevillegymbusinesscarolina comebackbowlingreopening nc
Copyright © 2022 WTVD-TV. All Rights Reserved.
CAROLINA COMEBACK
Downtown Fayetteville businesses seeing increased traffic this summer
Iconic Durham thrift store reopens with new mission
Restaurants, bars hoping to cash in during first full summer weekend
Raleigh boutique offers discount to those who help animal rescue
TOP STORIES
Winter storm moves out, refreeze possible overnight
NCSHP reports 200 crashes statewide, urges drivers to stay home
Dozens of RDU flights canceled through Monday evening
Monday events canceled, postponed due to winter weather
Why do we get freezing rain instead of snow or sleet?
FBI identifies hostage-taker at Texas synagogue
How to drive on snow, ice and get out of a skid
Show More
Expect more worrisome COVID variants after omicron, scientists say
After Biden's first year, the virus and disunity rage on
Novak Djokovic leaves Australia after court rejects visa challenge
Ukraine claims Russia behind cyberattack in 'hybrid war'
Hostages in N. Texas synagogue 'out alive and safe,' Gov. Abbott says
More TOP STORIES News