'Not worth hesitating for': Father of 5 who was waiting out COVID vaccine dies from the virus 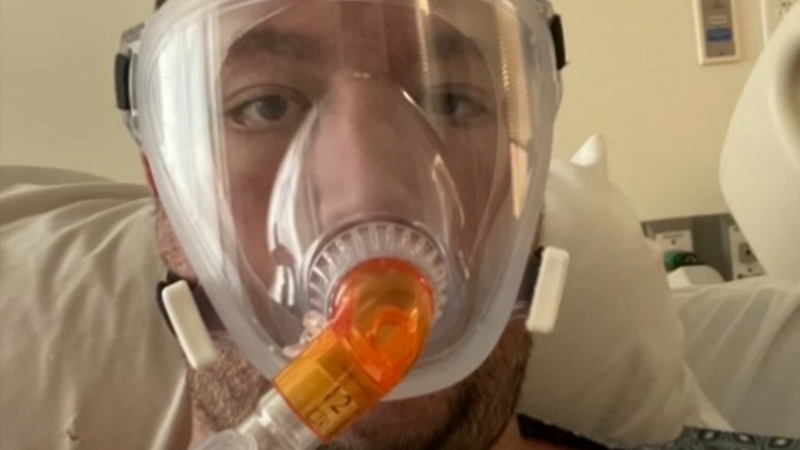 LAS VEGAS, NV -- Just a couple weeks ago, life was great for Jessica DuPreez. She was on vacation with her fiancé and their five kids. They were happy, healthy and enjoying life.

Now they're in tears.

While on vacation, Freedy forgot to put on sunscreen. His sunburn was so bad he went to the emergency room. That's where he got a COVID-19 test that came back positive.

DuPreez said doctors told him to go home and hydrate and isolate.

DuPreez rushed her fiancé to the hospital where he was diagnosed with pneumonia in both lungs and transferred to another hospital for treatment.

"Just kept telling him you are going to get through this you got to come home to us," DuPreez said.

Days later, things took a turn for the worse and Freedy was transferred to the intensive care unit. Shortly thereafter, he died.

"He was just gone. It was just so fast," DuPreez said.

Freedy was not vaccinated against COVID-19. He and DuPreez said they wanted to wait one year from the release to see what effects people had. They said they always intended to get the vaccine, they just wanted to wait it out a little longer.

A cousin of the La Marque couple says her heart is broken for the young children as both their parents remain hospitalized in ICU.

"We just wanted to watch and kind of see what was going on with everybody. I know there are a lot of people who say the science is there; we just wanted to wait a year from when it started--when it came out and started to be available to people, just to watch and see what people's reactions were to it. We didn't think a year would matter," DuPreez said.

She and her oldest son have both since gotten the vaccine.

"That was one of the last text messages he sent to me he wishes he would have (gotten the vaccine), because even if it stopped a little bit of the symptoms it could have stopped it from progressing so fast," DuPreez said.

DuPreez has just one message for other families:

For now, DuPreez is left heartbroken and with the responsibility of taking care of five children who, like her, just want one more day with Freedy.

"It's surreal. Our 7-year-old--he's such a softy--he sends texts to his dad's phone," DuPreez said. "They've all been sleeping in my room. They all come in my room at some various point in the night and ask if they can sleep in the bed with me...all the littles, they miss him most I think at night when there's nothing to occupy their minds anymore. They'll come to me, 'When is dad coming home?' And then they're like, 'Oh yeah. He's not.'"

Rogelio Avila's wife said COVID-19 caused so much damage to her husband's lungs, that he qualified for a double lung transplant. He's now on the road to recovery, however she said she wants others to know the truth about COVID and vaccines, in hopes they get their dose.