'I believe in it:' Many in central North Carolina sign up for booster shot 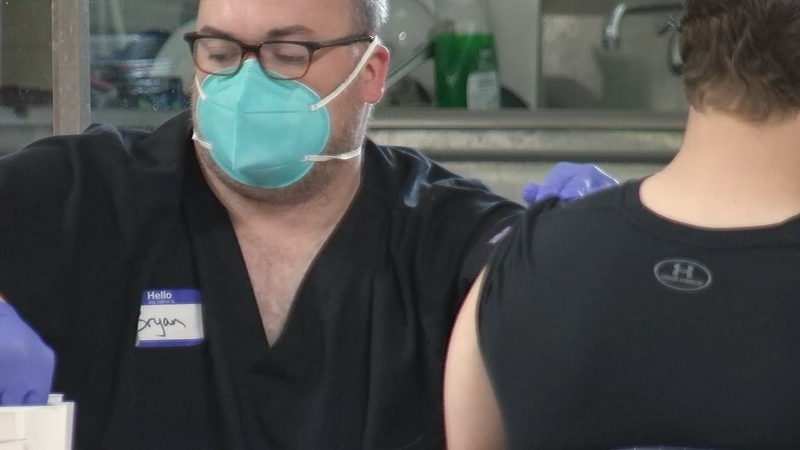 'I believe in it:' Many in central NC sign up for booster shot

Health officials from Triangle facilities are seeing an "an impressive response" to the Pfizer booster shot rollout.

There is some eagerness with the new offering and a few people have been on the hunt.

"I'd love to get the third shot," said Raleigh resident Yvonne Lays-Walters.

Who's eligible for Pfizer booster shots? What if I got Moderna? Everything to know about 3rd dose

She has been trying to book a booster appointment.

Lays-Walters has an underlining health condition and is ready to roll up her sleeve for the third time.

"I believe in it. To me, I go by what the scientists say," she said. "Whatever layers (of protection) they can give me, I'm going to take."

WakeMed Hospital is offering the third shot by appointment at the Cary location. The booster clinic is open every Monday, Wednesday and Thursday. Staff can administer 2,200 shots each week.

Duke Health is offering the booster at all three of its locations.

Duke officials says 500 appointments were booked between Monday and Tuesday.

Some folks are curious if they can do a crossover. Perhaps they initially received the Moderna series, but now want the Pfizer booster.

"We are not crossing series at this time," said WakeMed Critical Care Physician Assistant Amanda Edwards.

"I think very much stick to what you've had," said Duke Health Infectious Disease Specialist Dr. Cameron Wolfe, who says a crossover wasn't studied during the original trials. "Folks, who were initially dosed with the Johnson & Johnson or the Moderna, the data for those boosters is coming. We're seeing preliminary drafts of that. It just has to be put in front of the FDA still."

Health care workers are encouraging people to get the booster shot, as well as primary vaccines if they haven't already.

WakeMed says around 90 percent of COVID-19 patients being treated in the hospital right now are not vaccinated.

Who should get the Pfizer booster?

People who got two Pfizer shots at least six months ago and who fall into one of these groups should get the booster:


Who else can consider getting it?

The Centers for Disease Control and Prevention says these people may get a booster, but stopped short of a full recommendation:


What are the side effects?

Serious side effects from the first two Pfizer doses are exceedingly rare, including heart inflammation that sometimes occurs in younger men.

Weren't some people already eligible for a third dose?

What if I got Moderna? Can I get a Pfizer booster?

Not yet. Health officials say they don't have enough data on mix-and-match vaccinations. Moderna has applied to U.S. health regulators for its own booster, one that would be half the dose of the original shots. The Food and Drug Administration is considering that application.

People who originally got the single-dose Johnson & Johnson also must wait. The government doesn't recommend mixing-and-matching. J&J hasn't yet filed a booster application. But earlier this week, the company released data showing two doses of its vaccine provided stronger immunity than one - whether the extra dose was given either two months or six months after the first.