Picking your nose isn't just gross -- it's dangerous in the time of coronavirus. Here's why.

The nose is one of three main ways that viruses can enter the body.
CNNWire 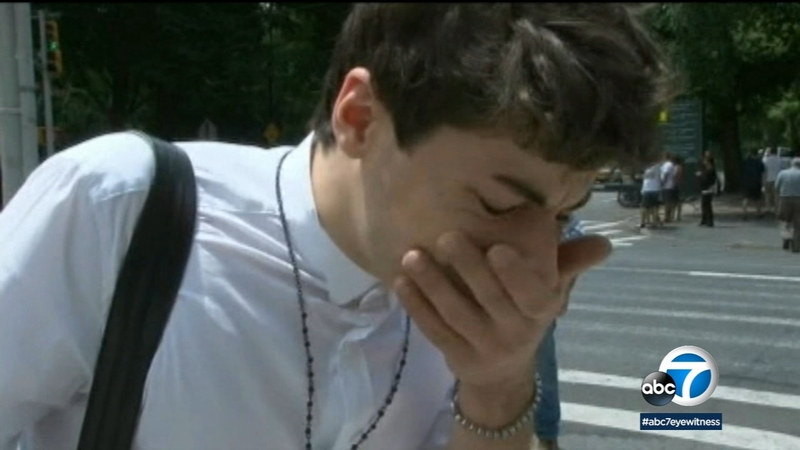 Why picking your nose isn't just gross - it's dangerous

We teach kids not to do it. It's unsanitary. It's just plain gross to see.

Let's be real, though. Most of us pick our noses - some 91% according to the only (small and old) study that seems to have ever been done on the subject, perhaps revealing how little even scientists want to think about it. Looking around the world, however, it's not exactly uncommon to see someone with a finger up their nose, either discreetly or not so much, like Queen Elizabeth.

Not only are people spreading their own bacteria and viruses onto everything they touch after a bout of digging for gold - but you also "transfer germs from your fingertips into the nose, which is the exact opposite of what you want," said infectious disease specialist Dr. Paul Pottinger, a professor at the University of Washington School of Medicine in Seattle.

That means that you can spread coronavirus to others from your nose-picking session, and you are also more likely to bring that virus, along with others like influenza or rhinovirus (the common cold), directly into your body.

How the coronavirus enters your body

The nose is one of three main ways that viruses can enter the body - the other two are the mouth and eyes. The nose has a number of defense systems to keep pathogens out, including hair at the front of the nostrils to block larger particles and the mucous membrane.

That moist lining of the nose "has microscopically small glands that can secrete mucus into the airway in response to foreign invaders. That includes big stuff like pollen and dirt and dust and also microscopic stuff, which would include bacteria and viruses," Pottinger said.

Sarah Simental's parents say she had no other health problems, and still, the virus took her life at such a young age.

Some mucus is a good and healthy thing, keeping most invaders out. But when it dries up, along with whatever it has caught, it turns into what most of us call boogers (scientists call them crusts). When you feel one in your nose, it's easy to want to pick it out without thinking.

What many people don't realize is how delicate that skin inside the nose can be. Nose picking can create tiny cuts in the delicate epithelial linings in the nasal cavity, said molecular virologist Cedric Buckley, formerly an associate professor of biology at Jackson State University in Mississippi who now does STEM curriculum development.

"Once that barrier is breached, you're right into a capillary bed, which becomes the conduit for viral particle infection," explained Buckley, who also serves on the City of Jackson Covid-19 Task Force. This breach increases your chances of transmitting whatever germs are on your hands right into your bloodstream.

Nose picking is something that should - more than ever during a pandemic - be avoided. But habits can be hard to break, especially those that you do without thinking.

Picking the nose, like nail-biting, skin picking, lip chewing and hair pulling, is considered by mental health professionals to be a "body-focused repetitive behavior." Those are "actions that are directed at one's own body and that often focus on grooming or removing parts of the body," according to Dr. Elias Aboujaoude, clinical professor of psychiatry at Stanford University in California and director of the Obsessive-Compulsive Disorder Clinic there.

These behavioral habits can be a clinical disorder if they result in damage or significant impairment to someone's personal or professional life, Aboujaoude said via email. For many of us, though, they're just bad habits, not disorders.

Habit reversal therapy, a form of cognitive behavioral therapy, is a tool that psychiatrists use to help people with body-focused repetitive behaviors. This treatment "increases awareness of the behavior and its consequences, and trains the individual to replace nose picking with a 'competing response,'" Aboujaoude said. That means doing something less damaging and more socially acceptable with one's hands, like making a fist and holding it, or squeezing a stress ball.

This is where mask wearing can be especially useful. In addition to masks' effectiveness in reducing transmission of airborne particles that can contain coronavirus, they can also help reduce nose picking by physically blocking the habitual or unconscious finger-to-nose action.

"If they're eager to stop nose-picking, boy, what a great opportunity to take advantage of this moment in human history where everybody's supposed to be covering their face," Pottinger said.

If you find your nose picking isn't a habit so much as a reaction to a constantly uncomfortable or clogged nose, get checked out by your doctor or at a local clinic. Your issue could have less to do with those nose crusts and more to do with another issue that needs to be addressed:

"You could have a deviated septum, you could have nasal inflammation, you could be prone to seasonal or chronic allergies, where your nasal membranes are constantly swollen," Buckley said.

The best way to get rid of boogers is to blow your nose into a tissue and then wash your hands, instead of picking out the crusts.

Neti pots or saline sprays are another option. "Remember, the booger is just a dried out piece of mucus. If you rehydrate the mucus, you should be able to blow it out or have it come out on its own," Pottinger said.

However, he said that everyone should get their own bottle - no sharing, not even with intimate partners. It should be kept clean, and the tip wiped off on a regular basis so germs don't get transferred into the nose from use to use. And if you use a neti pot, Pottinger said, be sure to use sterilized water. Humidifiers to keep indoor air hydrated can also help reduce crust formation.

Prevent COVID - and loss of smell

Caring for your nasal health, which definitely includes not picking your nose, will reduce the risk of catching coronavirus - and passing it along.

In working with patients who have caught it, Pottinger said that a sometimes long-lasting side effect of the viral infection is anosmia, or losing the sense of smell, which impacts the ability to taste as well.

For patients who experience this condition, "they're very, very depressed, discouraged and disheartened that they can no longer taste their food. Now I'm hopeful that some of those people will get back their sense of smell, some do. For some, it is a long recovery," he said via email. "If you like to eat food, and you'd like to taste good things, then please make sure that you do prevent yourself from catching COVID-19."
Report a correction or typo
Related topics:
health & fitnesscoronaviruscoronavirus pandemiccoronavirus tipscovid 19
TOP STORIES
Dusting to 2 inches of snow likely to start the weekend
LATEST: N95 masks expected to arrive at CVS, Walgreens
Navy discharges 23 sailors for refusing COVID-19 vaccine
Chiefs fans donate $178K to NY children's hospital after beating Bills
Triangle contractor going to prison, must repay $4M
Spotify says it will grant Neil Young's request to remove music
How to store and care for KN95 and N95 masks
Show More
World remembers Holocaust as antisemitism rises in pandemic
Biden stands by pledge to nominate Black woman to Supreme Court: Psaki
NCDOT, local Food bank preparing for possible winter weather
Supersonic jet startup Boom to open factory in NC
Justice Anita Earls listed as candidate for US Supreme Court
More TOP STORIES News