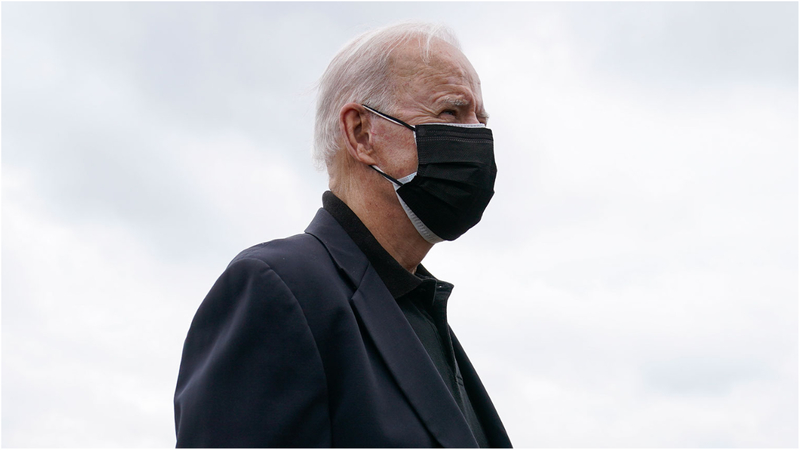 WASHINGTON -- The Biden administration is currently working to develop a system for people to prove they've been vaccinated against the coronavirus, according to a senior administration official.

Multiple government agencies are engaged in conversations and planning, coordinated by the White House, as this kind of system will play a role in multiple aspects of life, including potentially the workforce, the official said.

President Joe Biden has predicted that life in the US could be back to normal by Christmas, and as more Americans are vaccinated each day, these vaccine credentials -- commonly called "vaccine passports" -- could be key to a return to normalcy by the end of the year.

Some sectors, meanwhile, like the travel industry, have clamored for a uniform system to be developed as they seek a return to normalcy. Governments around the world may seek proof of vaccinations before foreigners can enter their borders again.

The president's approval lands at 72% for his handling of the COVID pandemic but 57% disapprove of his approach on immigration and handling of gun violence.

The administration's plans were first reported by The Washington Post.

The Biden administration previously said the federal government should not be involved in efforts to create a vaccine passport system to verify that people have been vaccinated.

The Post, citing five officials who spoke on the condition of anonymity, reported the effort "has been driven largely by arms of the Department of Health and Human Services, including an office devoted to health information technology."
White House coronavirus coordinator Jeff Zients has led the White House's role in coordinating the project, an official told the Post.

The COVID-19 vaccination card could soon prove to be invaluable as people begin to resume normal activities.

"Our role is to help ensure that any solutions in this area should be simple, free, open source, accessible to people both digitally and on paper, and designed from the start to protect people's privacy," Zients said earlier this month, according to the newspaper.

CNN previously reported that several companies and technology groups have begun developing smartphone apps or systems for individuals to upload details of their Covid-19 tests and vaccinations, creating digital credentials that could be shown in order to enter concert venues, stadiums, movie theaters, offices, or even countries.

But part of ensuring wide usage for vaccine passports is accounting for the large subset of the global population that still doesn't use or have access to smartphones. A few companies within the Covid-19 Credentials Initiative are also developing a smart card that strikes a middle ground between the traditional paper vaccine certificates and an online version that's easier to store and reproduce.