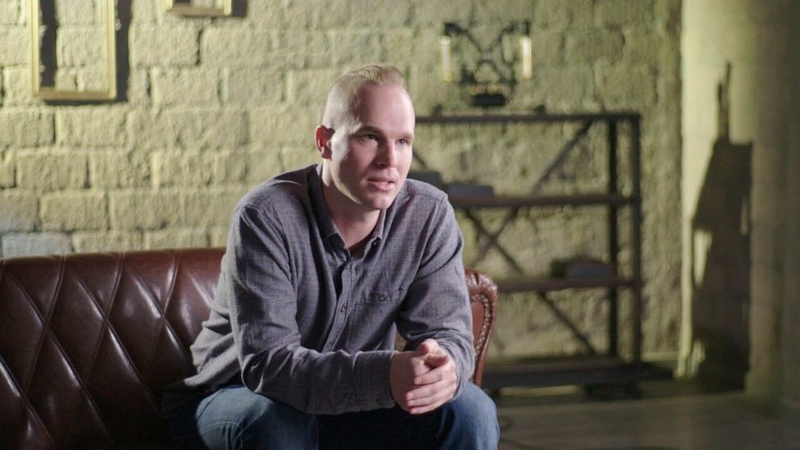 Russia's invasion of Ukraine prompted thousands of people to leave the Eastern European country, but should North Carolina native Craig Lang depart Ukraine and return to the United States, he could immediately be taken into custody by federal authorities.

Lang, a 32-year-old U.S. Army veteran originally from Greenville, North Carolina, who previously moved to Ukraine, is one of two former soldiers accused of killing husband and wife Danny and Deana Lorenzo in southwest Florida nearly four years ago.

FBI investigators say that the Lorenzos, who were also military veterans, were fatally shot in April 2018 in an Estero parking lot after they traveled nearly three hours to respond to an online firearms advertisement.

"She was scared. I know she had to be," Deana Lorenzo's sister Angie Crowder told ABC News.

Residents of this Fort Myers suburb were left mystified about the alleged ambush for more than a year until the Department of Justice announced federal charges against Lang and co-defendant Alex Zwiefelhofer in connection with the Lorenzos' deaths.

Zwiefelhofer was taken into federal custody in Wisconsin in 2019 and has pleaded not guilty.

Lang has yet to appear before a federal judge. He has denied involvement in the Florida murders and has fought extradition back to the United States. Relatives of the Lorenzos, including Crowder, are in anguish.

"We all want answers," Crowder said. "I would like to see him come back and stand charges."

Living in plain sight halfway across the world

In the spring of 2021, ABC News traveled roughly 5,000 miles to Ukraine in search of Lang. He was found to be living openly with a Ukrainian wife and child in a Kyiv neighborhood.

Lang, who was previously arrested for brandishing a gun near the home of one of his American ex-wives after he went AWOL, agreed to an on-camera interview with ABC News Investigative Correspondent David Scott. However, Lang refused to answer questions during the interview about the murders in Florida.

"I can't discuss ... anything about Florida (or) pretty much anything about my time in the United States in 2018," Lang said. "I can't talk about any of that."

While the DOJ continues to seek his extradition, Lang told Scott that he is seeking asylum in Ukraine.

"I believe that the United States government intends to prosecute me and other veterans of this conflict here for our service in Ukraine," he said, arguing that he is a victim of Russian propaganda and American political persecution.

After being discharged by the U.S. Army, he says he first arrived in Ukraine around 2016 and joined far-right militias such as the Azov Battalion and Right Sector. Both groups have been accused of human rights abuses by Amnesty International and have alleged ties to American white power organizations.

Lang denies that he is a right-wing extremist.

Since Russia's 2014 invasion of Crimea, to bolster its defenses against those in its eastern regions seeking to separate from Ukraine and join Russia, Ukraine has relied on local militia groups, some of which have been linked to the nation's far-right political movements by Amnesty International and The Soufan Center.

Such battalions with ties to Ukraine's far-right fringe political parties may have empowered Russian President Vladimir Putin to spread the false message that "denazification" was the goal of his invasion, despite Ukraine's elected government having the support of the United States and other Western democracies.

Scott questioned Lang about the far-right ideology reportedly behind the Azov Battalion, but Lang said that he did not think that the group's membership included anyone with extremist views.

Over an hour into the conversation, after being pressed on racist statements reportedly made by former Azov Battalion commander Andriy Biletsky, Lang ended the interview.

"I'm going to go ahead and leave," Lang told Scott.

'A threat to the homeland'

Lang is one of a number of Americans who have reportedly either traveled to Ukraine over the last decade to fight for far-right paramilitary groups or have sought to do so.

The FBI alleged that Jarrett William Smith, an Army veteran who pleaded guilty in 2020 to federal charges of distributing information related to explosives, destructive devices, and weapons of mass destruction, had a "desire to fight in Ukraine" and communicated about his plans with Lang on Facebook.

"It was as if (Smith) wanted to use the Army to get the training that he needed to be successful going overseas, fighting on behalf of this white supremacist organization," former federal prosecutor Anthony Mattivi said.

Smith is not alleged to have ultimately fought in Ukraine. When asked about Smith, Lang called him an extremist and confirmed that they connected on Facebook, but said that he turned Smith away from his Ukrainian unit.

"I wasn't going out and recruiting people. I wasn't saying, 'Oh, come out and join us," Lang said. "What was happening is I was simply a point of contact for a lot of foreigners that came into this country, and there's a lot of good people that came into the country."

The Soufan Center warned in a 2019 report that Ukraine had already become an attractive stop for far-right extremists.

"Americans have gone to fight as mercenary soldiers in far-right and paramilitary units in Ukraine," University of Chicago Assistant Professor Kathleen Belew said. "They do pose a threat to the homeland."

From eastern Ukraine to the East Coast

Lang and Zwiefelhofer are American, but the FBI says that the two alleged murderers initially met in eastern Ukraine more than five years ago while fighting for a far-right militia against Russian-backed separatists.

Federal prosecutors allege that after returning to the United States together, Lang and Zwiefelhofer came up with the plot to rob and kill the Lorenzos in 2018 "to fund their planned travel to Venezuela."

A superseding indictment also claimed that Zwiefelhofer and Lang conspired with each other to travel to Venezuela and commit murder, kidnapping, and maiming as part of a "military expedition and enterprise" there.

Lang, who said that he has never been to Venezuela, declined to comment on whether he considered the South American nation to be a potential frontline for him.

At some point after the Lorenzos' deaths, Lang ended up back in Ukraine and said he became an English instructor there, despite being wanted in Florida on federal criminal charges.

While many Americans left Ukraine ahead of the Russian invasion, some groups made recent efforts to encourage others to do the opposite.

In January, an international message board for neo-Nazis urged American followers to join far-right militias to help fight Russian troops and pro-Russian separatists in Ukraine, where local civilian fighters had been prepared to assist the Ukrainian military due to the mobilization of Russian forces.

This effort came a month before Putin falsely claimed that he is looking to rid Ukraine of Nazis and suggested that the country's far-right has control of its government, using these lies as pretexts for war.

Ukraine's president is Jewish and, according to the Center for International Security and Cooperation at Stanford University, Russia has had its own extremist militias fighting alongside Russian-based separatists in Ukraine.

One such group was the Russian Imperial Movement, which has reportedly cultivated ties with American neo-Nazis and offered to train white nationalists at the 2017 Unite the Right rally in Charlottesville, Va.

"One important thing to understand about white power and militant right groups is that they are fundamentally opportunistic," Belew said. "When we have a major ... point of tension like we're seeing in the Ukraine right now, it's very, very likely that actors will exploit that tension."

'I'll just break out and cry'

With war now underway in Ukraine, it remains unclear when or if Lang will end up being forcibly returned to American soil to face trial in federal court.

Back in Florida, Crowder says she is still grieving the loss of her sister and brother-in-law while hoping that justice will be served.