How the NCTA plans to prevent wrong-way crashes 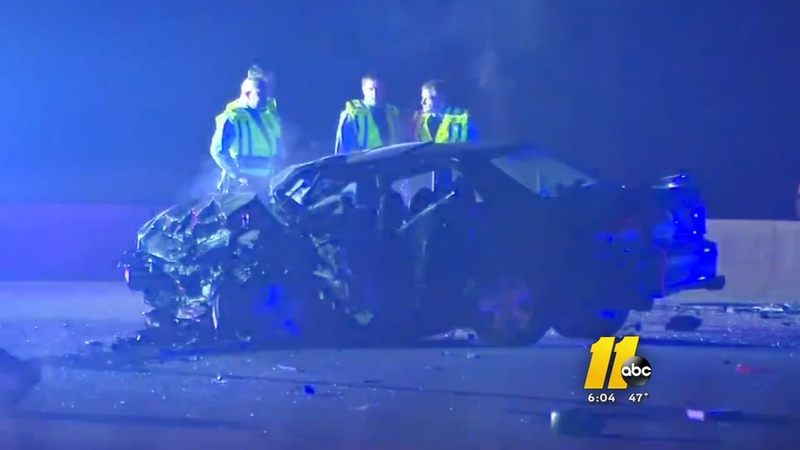 How the NCDOT plans to prevent wrong-way crashes

RALEIGH (WTVD) -- According to the North Carolina Department of Transportation, a majority of wrong-way crashes stem from intoxicated drivers.

Officials with the North Carolina Turnpike Authority will start to implement new measures to prevent these accidents.

The pilot program will begin in 2018 on NC 540, also known as the Triangle Expressway.

The highway already has do not enter signs and sensors to detect wrong-way drivers.

But now, officials will install 16 enhanced versions of those signs.

They will flash and alert traffic supervisors when there's a driver going in the wrong direction. In addition to email notifications, traffic monitors will also receive pop-up alerts on their screens.

"That way they get alerted sooner," said Beau Memory, executive director of NC Turnpike Authority. "They have an immediate video image of a car going in the wrong direction, and they can provide better information to first responders"

The goal is to reduce the number of wrong turns and hopefully save lives.

Officials have not decided where the signs will be located along the Triangle Expressway.

If the pilot program is successful, officials said it could be expanded to other highways in the Triangle.

----------------------------
ABC11 has decided to slowly reduce the number of stories on the website that have a comments section. We believe very strongly that our audience should have an opportunity to discuss and debate events in our world, however, we have not been able to moderate the comments as well as we would like. Instead of hosting a platform that could allow a few loud and ugly voices to dominate a conversation, we want to encourage everyone to join us on our social media platforms and speak out there. Facebook: facebook.com/ABC11 Twitter: twitter.com/ABC11_WTVD
Report a correction or typo
Related topics:
raleighduiwrong waytrafficdui crashtraffic accidentcrash
Copyright © 2022 WTVD-TV. All Rights Reserved.
TOP STORIES
Snow likely to start around midnight, last until sunrise
How many times can I reuse my N95 mask?
10 injured when bridge collapses in PA; human chain formed to help
Decades after TV anchor disappears, convicted rapist denies connection
What is antisemitism? Explaining anti-Jewish ideas and hate
Holocaust survivor, great-grandson educate next generation on TikTok
LATEST: Breakthrough cases make up 37% of new COVID infections
Show More
Essentials to keep in your car during winter storms
Former NCSU footballer Torry Holt named to NC Sports Hall of Fame
Epic Fun Park to open this summer in Fayetteville
'Tiger King' Joe Exotic set for resentencing in Oklahoma
Durham police issue warrants for suspects in hit and run crash
More TOP STORIES News