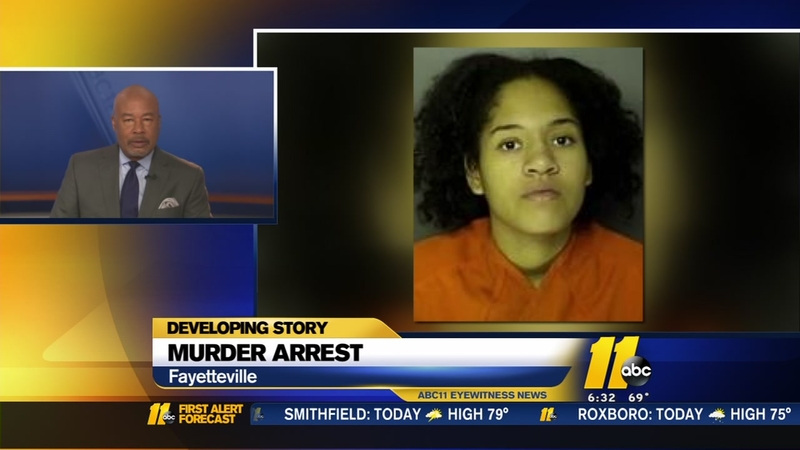 FAYETTEVILLE, N.C. -- Fayetteville police announced a fourth arrest in a murder case that happened at the beginning of last year thanks to an anonymous tip.

Iona Thomas, 19, is being held in a detention center in Horry County, South Carolina.

Thomas is facing charges of first-degree murder, robbery with a dangerous weapon, and conspiracy. She is also being charged with connection to the homicide of Calvin Louis Blackshire Jr., which occurred January 19 2017 at the Motel 6 on 2076 Cedar Creek Road. Blackshire was gunned down on that date.

A live video was streamed online for 10 minutes before any help arrived on the scene. Police have reported that the individual who shot the video is not a suspect in the case.

With the arrest of Thomas, four suspects are now in custody as a result of this investigation.

The other three aside from Thomas are Adam Bradley Scott Golden, 23, Elvin Freeman Morrison, 21, of the 1500 block of Hasley Loop in Hope Mills, Yasheika Zikyra West, 18, of the 2900 block of Salvone Court in Durham and Iona Deja Shameka Thomas, 19, of the 1000 block of Quailwood Drive in Fayetteville. Each is charged with first-degree murder, robbery with a dangerous weapon and conspiracy to commit robbery with a dangerous weapon.
Report a correction or typo
TOP STORIES
CDC expected to backpedal on some masking guidelines
LATEST: Percent of positive COVID tests jumps to 10.4%
'This is how I'm going to die': Officers tell Jan. 6 stories | LIVE
Simone Biles explains why she 'took a step back' from team finals
'Shocked and disappointed': Vaccinated Cary couple sick with COVID-19
Man pleading guilty to 4 of 8 Atlanta-area spa killings
Show More
'This virus is not a joke': FL girl, 15, with COVID on ventilator
Summer sports camps see surge in participation
Cary Fenton development announces new retailers
Crocodile bites 18-year-old and drags her into water in Mexico
Flood on I-95 causes multiple crashes, major delays
More TOP STORIES News