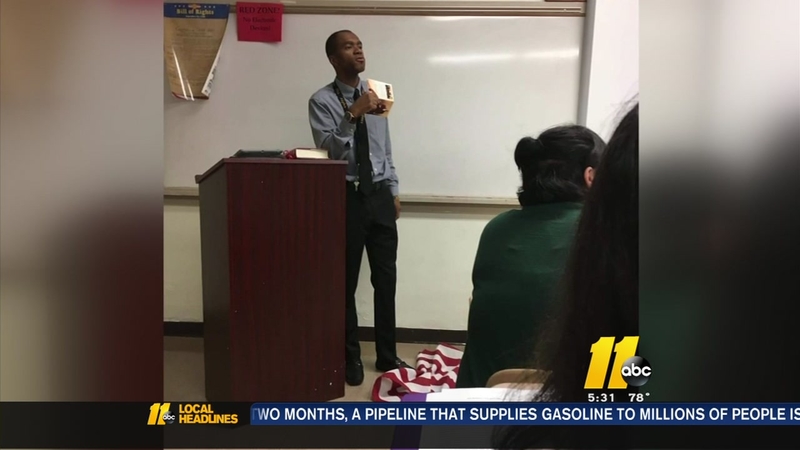 FAYETTEVILLE (WTVD) -- A Massey Hill Classical High School teacher who stomped on a U.S. flag in class earlier this year has been told his contract will not be renewed.

Lee Francis also won't be allowed to return to the classroom in the meantime.

In late September, a student snapped a picture of Francis stomping on the flag during a lesson about freedom of speech and posted it on social media.

The picture went viral and sparked widespread outrage. Francis was suspended without pay for 10 days. Since his return, he's been put to work in a school warehouse for the balance of his contract.