3 living donors give cystic fibrosis patient the gift of life 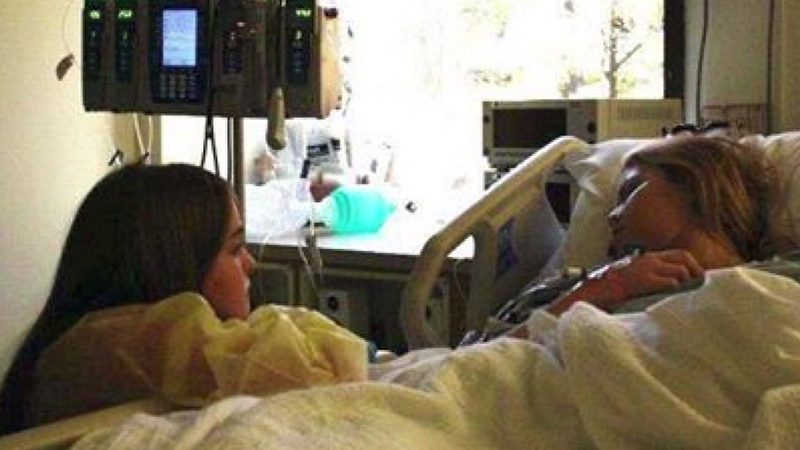 February 14 isn't just Valentine's Day, but it's also National Donor Day, which aims to raise awareness of the lifesaving benefits of organ, eye and tissue donation.

Experts said it's also a good time to discuss being an organ donor with your family. For 48-year-old Christy Hamilton, who suffers from cystic fibrosis, an organ donation saved her life three times. She is proof that living donors can make all the difference when it comes to transplant success.

Hamilton's parents knew something was wrong when she was a toddler, but it wasn't until she was nearly four years old that doctors told her parents she had cystic fibrosis.

They were devastated by the diagnosis. Her mother, Gail Hubbard, was left wondering how long her daughter had left. "They told us at the time that the average age for a child with cystic fibrosis was 16. Well, are we looking at...are we going to lose her," said Hubbard.

That was more than 40 years ago. Hamilton went on to be a cheerleader, graduate high school, become a nurse and even a mom at age 25. But, three years later, a bacterial infection in her lungs changed everything. By age 31, she needed a lung transplant.

After learning deceased donor lungs were not a good option, Hamilton's mother and uncle, Joel Walker, stepped up to donate a portion of their lungs to save Hamilton, who was fading fast.

"My mom and uncle were a match and what they ended up doing was removing both of my lungs and just replacing them with two lobes..my mom's left lower lobe and my uncles right lower lobe," Hamilton explained.

Unfortunately, the past 17 years have not been without challenges. Anti-rejection drugs have put a strain on Hamilton's kidneys leaving her in need of yet another transplant. Her mother stepped in again donating a kidney that would last 10 years. More recently, when Christy needed another kidney, Don Riddle, a family friend who was impressed by Hamilton's story, agreed to donate one of his.

"I'm just glad to be able to help her spend some more years with her daughter and her husband," Riddle said.
Riddle was added to the list of living donors giving the gift of life and time. Dr. Matt Ellis, medical director of the kidney transplant program at Duke, said we need more people like Gail, Joel and Don.

"The living donation is particularly impactful because the average wait time for a kidney transplant from a deceased donor is five years," Ellis said. That means five more years of advanced kidney disfunction, dialysis and maybe even shorter life expectancy for the patient.

"If you have a living donor in the mix, instead of waiting five years, you can be transplanted next month. You schedule whenever the donor and recipient can, so you short circuit that waiting time" Ellis said.

Hamilton has been able to see her daughter, who's now 23, grow into a young woman. She looked on with pride at her high school and college graduations.

She hopes to one day attend her wedding. "Just being able to be her mom and watch her grow up has been amazing."

Hamilton said she wants others to feel that same joy and she continues to spread the word about being a donor like her three heroes. "If someone is in need of an organ or they're going to die...what a legacy to leave behind," Hamilton said.

There are currently about 113,000 people waiting for organs in the United States and about 20 die each day.

There will be free workshops on living donation sponsored by the National Kidney Foundation in Durham on May 5 at the Duke University Nursing School and in Raleigh on June 9 at Rex Hospital.