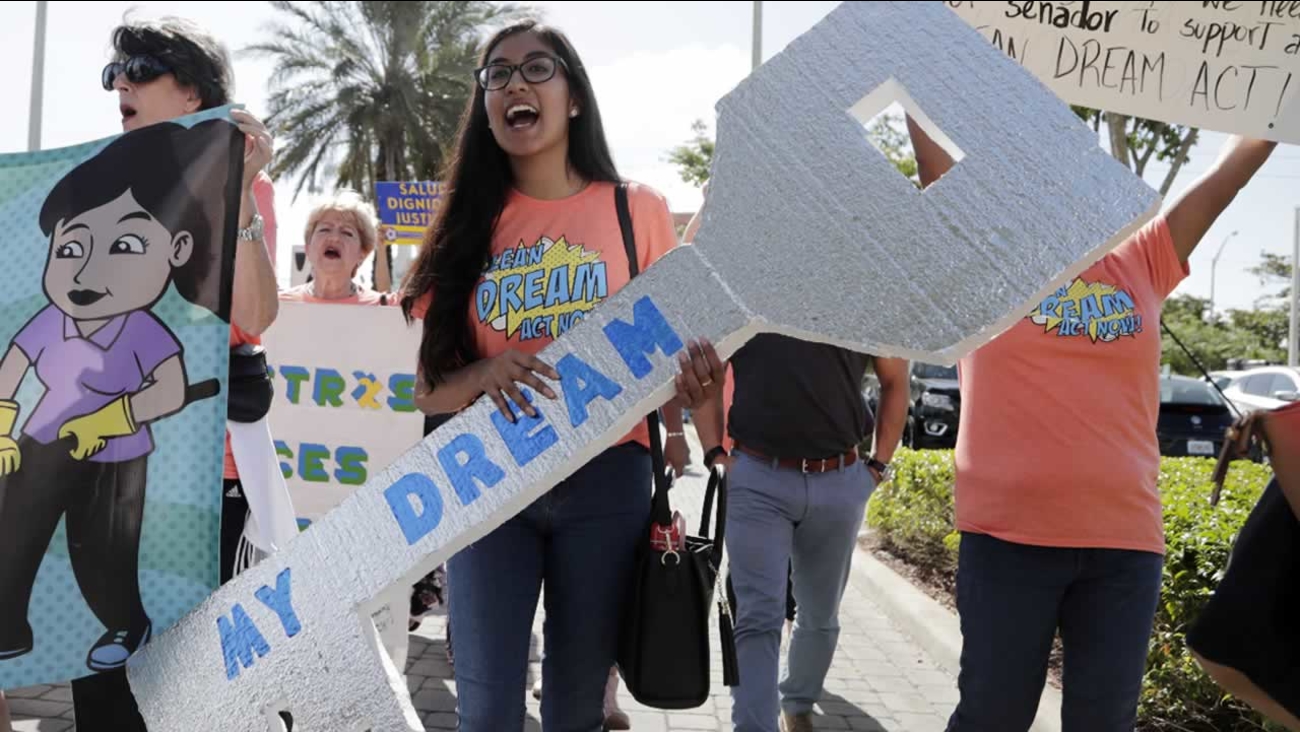 A program that temporarily shields hundreds of thousands of young people from deportation was scheduled to end Monday but court orders have forced the Trump administration to keep issuing renewals, easing the sense of urgency.

In September, Trump said he was ending the Deferred Action for Childhood Arrivals program but gave Congress six months to develop a legislative fix. Those whose permits expired by March 5 had one month to apply for renewal.

Steve S. Rao, a Council Member for the town of Morrisville, is voicing his opinion on the matter:

Since it was announced that the Deferred Action for Childhood Arrivals (DACA) program would expire this March, there has been an immediate need for Congress to pass an admirable solution for the 800,000 undocumented immigrants brought here as children through no choice of their own.

What do you think? Sound off on our Facebook page.

Dreamers are already making a difference in our communities - whether they are entrepreneurs, teachers, medical professionals, members of the military and more - they have a positive impact on the U.S. economy.

However, every day without a decision means more uncertainty for these talented and hardworking individuals.

As we stand now, more than a hundred Dreamers are losing their status every day, and that number will grow to more than a thousand a day once DACA officially expires in March.

A majority of Americans agree - Dreamers deserve the fundamental opportunity to remain here and pursue their own dreams and careers.

Our economy will be better off once Dreamers and their economic contributions are allowed to prosper.

Despite the rhetoric claiming undocumented youths are a drain on the North Carolina economy, 90.7 percent of our 37,000 Dreamers are at least 16 years old are employed.

In addition to the economic reasons for extending citizenship to Dreamers, their stories speak to our hearts and reflect our values as a compassionate nation, who has always welcomed hard individuals, seeking a better life in our nation.

Keny Murillo Brizuela, 23, of Creedmoor, and Jessica Garcia Solis, 25, of Wendell, both were brought to the United States by parents who wanted to work, support their children and launch them into better lives than they would have experienced in their native countries. Brizuela was born in Honduras; Solis in Mexico.

Both were temporarily protected under the Deferred Action for Childhood Arrivals program authorized by President Barack Obama in 2012 after Congress failed to pass legislation addressing their status.

DACA provided protection in two-year increments for certain undocumented residents and allowed them to get work permits.

I was moved to tears when I met Kenny and heard his story that he worked three jobs, to earn a degree from Wake Tech, and graduate from Furman University with honors.

His dream is to apply to UNC Medical School and become a physician in North Carolina. He cannot even apply to Medical School, with the uncertainty of his immigration status.

I do not see the reason to send this bright, hard-working young man to Honduras, and kill his dreams and his future. It is not the American way.

The longer we wait for a DACA solution, the longer our employers, our communities, and our workforce get left behind.

Our state's federal delegation must step forward and work to restore certainty in the economy. We need to build a strong coalition of local elected officials, business leaders, and immigrants who are engaging Congress to help move the ball forward and ensure permeant protections to allow Dreamers to continue creating and supporting jobs for fellow Americans.

Regardless of how DACA is decided in the courts or whether the administration grants a temporary grace period, the reality is that it's only with Congress that a lasting solution is created, one that aligns with our economy and the values that our country stands by.

Congress cannot delay any longer. Failing to address this issue is the equivalent of removing hundreds of thousands of workers from our economy.

While March 5 is an official end date, we're already seeing more than a hundred Dreamers losing their status every day.

That number will continue to grow to more than a thousand a day once we reach the March deadline. Fixing DACA is not just the right thing to do; it's also imperative for our economy.