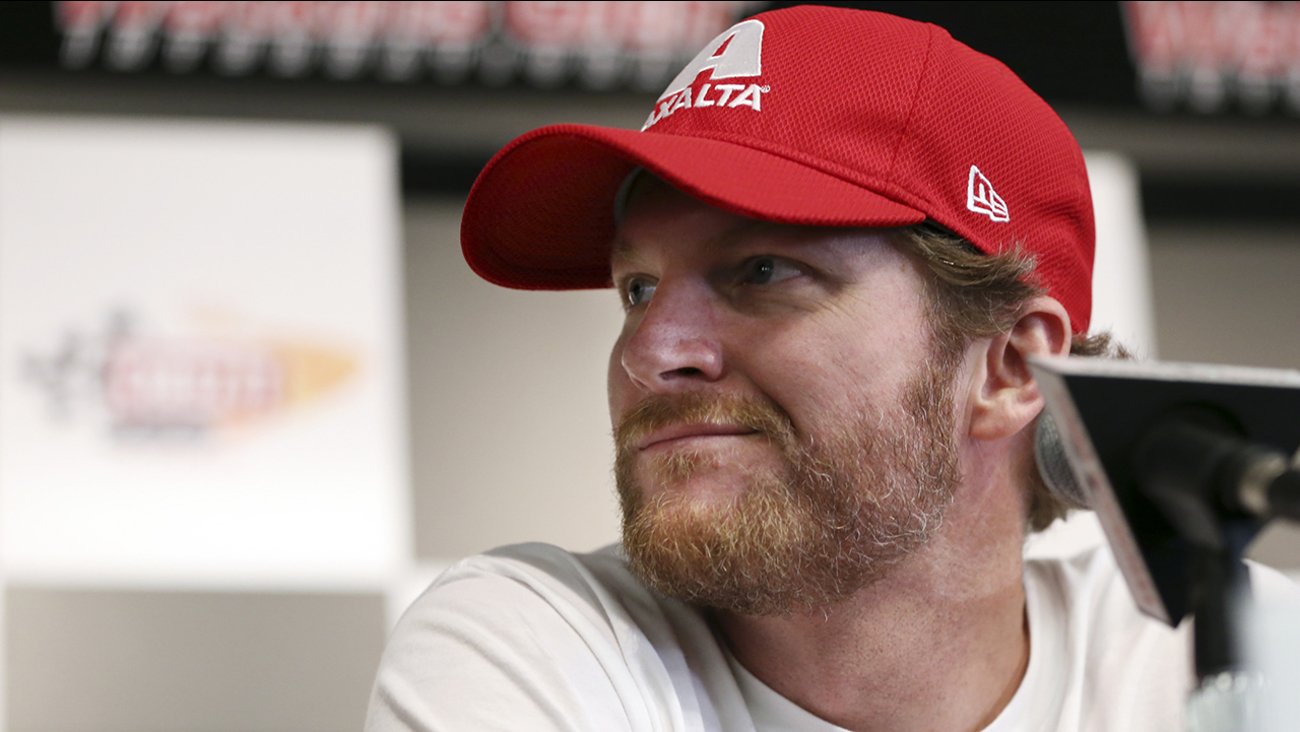 Dale Earnhardt Jr. listens to a question about his concussion while addressing the media at Watkins Glen International racetrack during practice (Mel Evans)

Taking to Twitter, Earnhardt responded to a fan's tweet by saying: "My fam immigrated from Germany in 1700s escaping religious persecution. America is created by immigrants."

@GelarBudidarma my fam immigrated from Germany in 1700s escaping religious persecution. America is created by immigrants.

Trump's order indefinitely blocks Syrian refugees from coming to the United States, and it suspends immigration from six other countries still struggling to defeat terrorists within their borders: Iraq, Yemen, Somalia, Iran, Libya and Sudan.

Since posting, Earnhardt's tweet has received more than 1,00 retweets and 2,000 likes.

@DaleJr Thank you for taking a stand for compassion. Please know that some NASCAR fans really appreciate that!

@DaleJr @GelarBudidarma thank you for speaking up, I know a lot of folks in the country look up to you.

@DaleJr @GelarBudidarma Yes, LEGAL ones. As were mine. Illegals don't deserve to get a free ride 😬