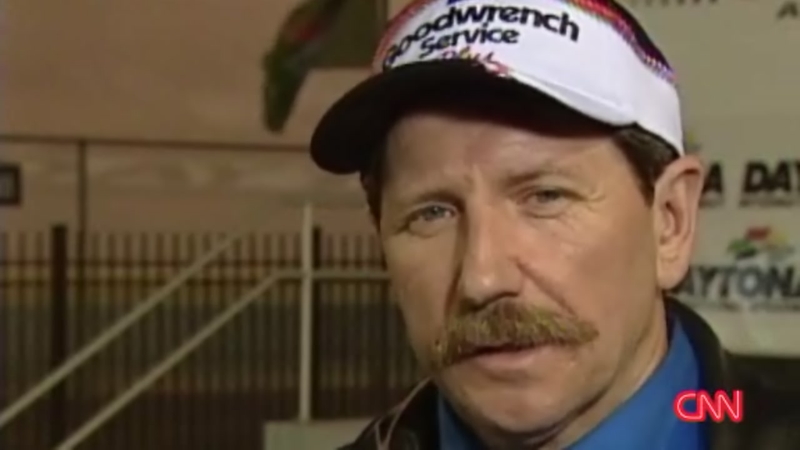 Watch the video above in which the racing legend discusses safety in his sport.

Earnhardt, who was called "The Intimidator", died in a last-lap crash.

In the years following Earnhardt's death, changes were implemented to improve safety for drivers and spectators. Tracks now have softer crash-walls, cars have better seat-belt systems and roll-cages and NASCAR drivers are now required to wear a head-and-neck safety device, according to ABC News.

Earnhardt refused to wear a head-and-neck safety device, and many experts believe it would have saved his life.

Earnhardt's son, Dale Jr., followed his dad into the racing business and is now a legend in his own right.