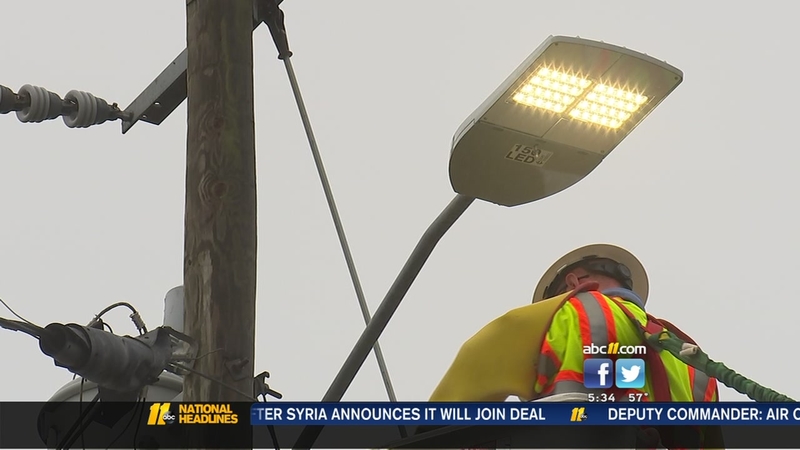 State plans to brighten up the highways

Driving in the dark may soon be a thing of the past. The North Carolina Department of Transportation is investing millions of dollars in a statewide project to make the interstates and major roadways better lit at night.

Several drivers told ABC11 they have serious concerns about cruising down state highways.

"It's very dangerous," said Clarice Perry. "People have been killed because they could not see someone crossing over."

Perry clocks dozens of miles every day. She works for Reese Transit and is responsible for bringing children to and from school. She said she's uncomfortable heading out on the highways.

Who’s ready for an upgrade🙋🏻Better highway lighting on tap in the Triangle. @NCDOT is spending millions to upgrade fixtures statewide #ABC11 pic.twitter.com/MWfDVjQ3Kl

Several other drivers told ABC11 they would rather take backroads than travel on the dark highways.

"I don't want to get on there," said Jerry Barfield.

"You're taking a risk to run into the wall or anything late at night. You can't see anything," said Tony Jeffers.

State officials are investing almost $31 million in brightening up North Carolina roads. More than 10,000 light fixtures are going up at more than 350 locations across the state.

The work is underway. The Charlotte area is already seeing the changes.

The DOT is not able to say when the work will begin in the Triangle. A spokesperson said it depends on the subcontractor's schedule.

There are 33 improvements slated for Wake County. Better lighting is going to be installed on 1-40 from Harrison Avenue all the way down to US-1.

In Durham County, a stretch of the 85 corridor and Highway 55 in South Durham will be changed.

"To have certain areas, interchanges, certain roadways light up, especially when it comes to weather conditions and rainy conditions is good," spokesperson Steve Abbott said.

The upgrades could make Perry's life a little less stressful.

"I got to protect more than just myself. I have to protect at least six kids and a monitor," she said.

Switching all the lights to LEDs is supposed to save the state $56 million in the next 15 years.