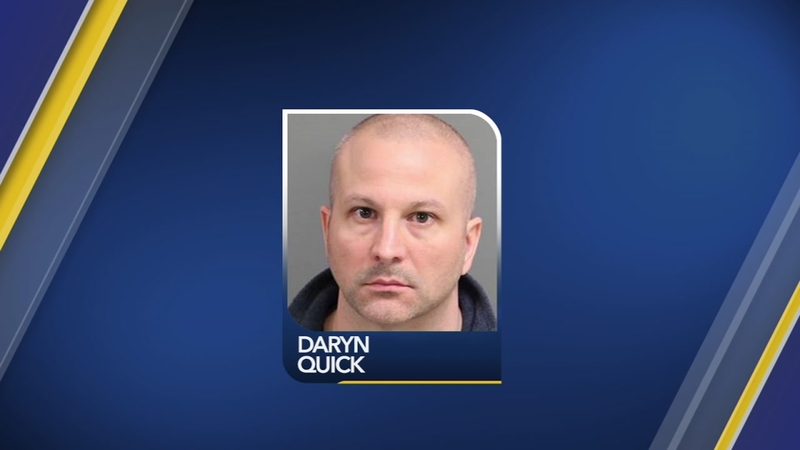 WAKE COUNTY, N.C. (WTVD) -- A Wake County man being investigated by Cary police after co-workers accused him of taking pictures under their skirts and dresses has now been arrested by Apex police on a "secret peeping" charge.

The charge against 36-year-old Daryn Quick was the result of evidence found in the Cary case, according to Apex police.

Quick was mentioned by name in a search warrant made public earlier this week by Cary police.

ABC11 covered that story Tuesday but did not name Quick at that time because he had not been charged in that case.

Cary police have still not arrested him but the search warrant was obtained after allegations surfaced that Quick had taken "upskirt" pictures of three female co-workers at a Siemens Health office at the company's campus in Cary.

According to the search warrant, Siemens' internet technology team found "...multiple thumbnail images that appear to be up women's skirts and their genital areas," after seizing Quick's company cellphone and computers.

Cary police wrote in the court document that Siemens had fired Quick.

In a news release, the Apex Police Department noted that one of its investigators, A. Miller, met with a Cary police detective who was looking into the Siemens allegations.

Quick was then identified as the suspect in both cases.