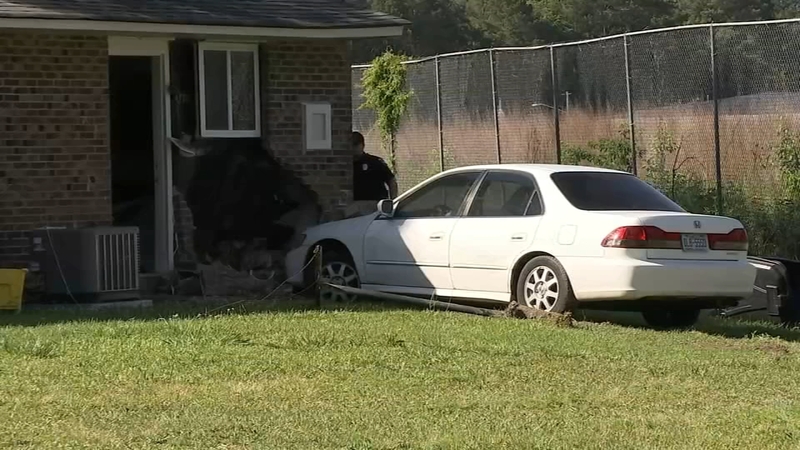 The family of Nakea Brooks is heartbroken after police said she was found shot to death at a house in Fayetteville.

Less than 24 hours later, Santiago was found dead in Smithfield.

Investigators said that happened after he drove his white Honda Accord into an apartment building Tuesday morning after trying to get away from law enforcement officers.

"Some of the residents said he drove through here and there was gunshots and everything. He was shooting at the police," witness Michael Frost said,.

Witnesses tell ABC11 Santiago then jumped over a fence at least 10 feet tall and ran into a field. In the field, Santiago and officers opened fire on each other. Santiago tried to use tall grass to make an escape, but the sheriff's office and assisting jurisdictions had already set up a perimeter.

Investigating agencies have not released how Santiago died.

He was facing charges of two counts of first-degree murder, a count of second-degree kidnapping and one count of attempted robbery with a dangerous weapon. Santiago also has outstanding warrants for unrelated incidents.

A few neighbors told ABC11 that the community is usually fairly quiet. However, some nearby residents said the wider area does concern them.

"I don't feel safe in this area," said Shalenna McLeod. "I feel like more could happen, more could be done, I don't know more protection."

Bari Stephens is a Lyft driver and said she only drives during the day.

Crime and gun violence - both locally and nationwide - are also drawing concern for residents... "All the time concerned, but it's like, it is what it is at this point because there is no going back, so all we have to do is be ready for the summer," said area resident Amisha Uchegbu.

Homicides were up 39% last year in Fayetteville.

So far in 2022, there have been 17 homicides, a number some residents fear will creep up as temperatures do.