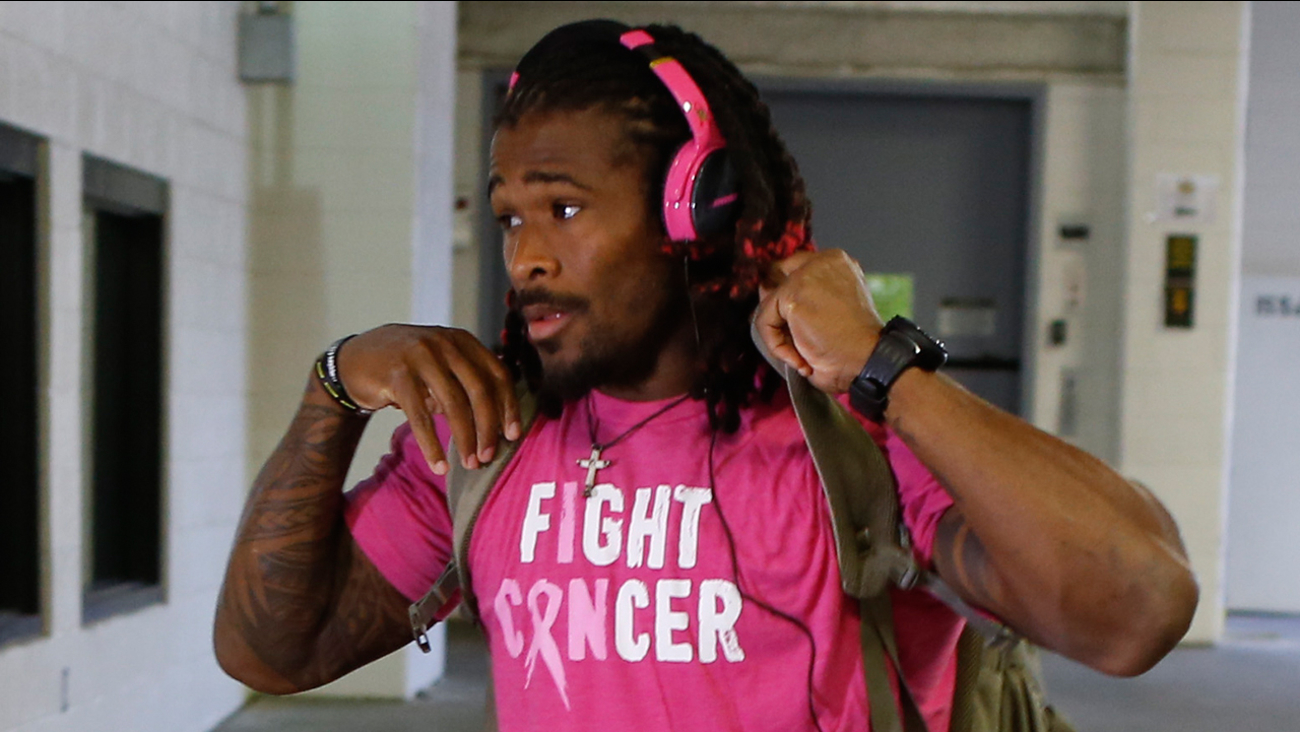 San Diego -- DeAngelo Williams was told over the phone by NFL vice president of football operations Troy Vincent that he couldn't wear pink accessories throughout the season because there are no exceptions to the uniform policy, the Pittsburgh Steelers running back told ESPN on Monday night.

Williams, who lost his mother, Sandra Hill, to breast cancer in May 2014, dyed the tips of his hair pink instead.

He wanted to wear pink shoes or pink wristbands throughout the year, not just during the traditional breast cancer awareness month of October, to honor his mother and those who have lost loved ones to breast cancer.

How did the news make Williams feel?

"The same way it made you feel after you heard it -- like, man," he said. "He told me no. I'm assuming they are telling everybody else no as well. ... It wasn't about selling it. You know and I know and everybody else knows before I made the phone call."

Williams said he is purchasing 53 mammograms tests -- in honor of his mother's age when she died -- for a hospital in Charlotte, North Carolina, where he played nine NFL seasons for the Carolina Panthers, and in Pittsburgh.

Williams told Salters: "It's not just about October for me; it's not just a month, it's a lifestyle. It's about getting women to recognize to get tested."

At least the hair passes the uniform test for Williams, who also has polished his toenails pink in the past.

"The hair, it's part of the uniform from the standpoint of being tackled, but it's not specific on what color it has to be or if it has to match the uniform," he said.