Did councilman Tyrone Williams violate the city's code of ethics? 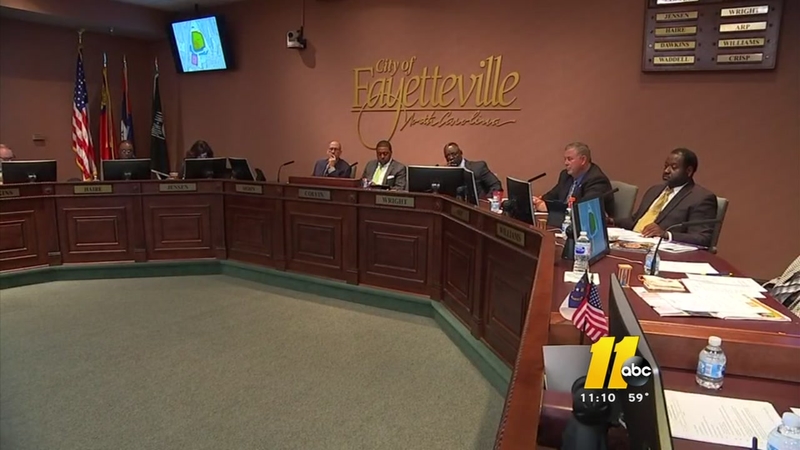 FAYETTEVILLE, NC (WTVD) -- On Monday night, the city council approved the rules that will be used during the amotion process.

City officials said this was the first time Fayetteville has ever had to adopt these procedures.

Tyrone Williams was caught on tape with Jordan Jones, CEO of Prince Charles Holdings, asking for $15,000 in exchange for making a title issue go away.

Since then, every city council member has called for his resignation.

Williams has maintained that he did nothing wrong and has refused to step down.

There were a few items on the agenda that involved the baseball stadium and parking deck that council agreed to not have Williams vote on.

"We don't know if it's a violation. It's all alleged at this point. He's entitled to go through the process just like anyone else. We are going to hear it and be as open-minded as possible and make the best decision according to the law," said Mayor Colvin.

"He violated no law. The second thing is he violated no code of ethics. He took steps along the way to ensure that the conversations and transactions between himself and Mr. Jones from the Prince Charles hotel would be done in accordance to law," said Kris Poppe.
Report a correction or typo
Related topics:
fayettevillecumberland countynclaws
Copyright © 2021 WTVD-TV. All Rights Reserved.
More Videos
From CNN Newsource affiliates
TOP STORIES